Show suspended users with their normal reputation in the Data Explorer

I was playing with the Data Explorer... And I was trying to write a query to show users who got the most % of their reputation from accepts.

The problem is that suspended users have a rep of 1. So they would have gained an "enormous" percent of their "1 rep" from accepts.

The result was that all the high-rep suspended users were at the top of the list.

Of course, curiosity sets in. I forked the query and tweaked it to single out these users. And before long, I had a working query that listed suspended users in decreasing order of their normal reputation.

I took a look at some of these users and found some things that I, as a normal user, (not a moderator), probably should NOT be seeing. At least not that easily...

Note that some of these are on high-reputation accounts. So I'll keep them anonymous. 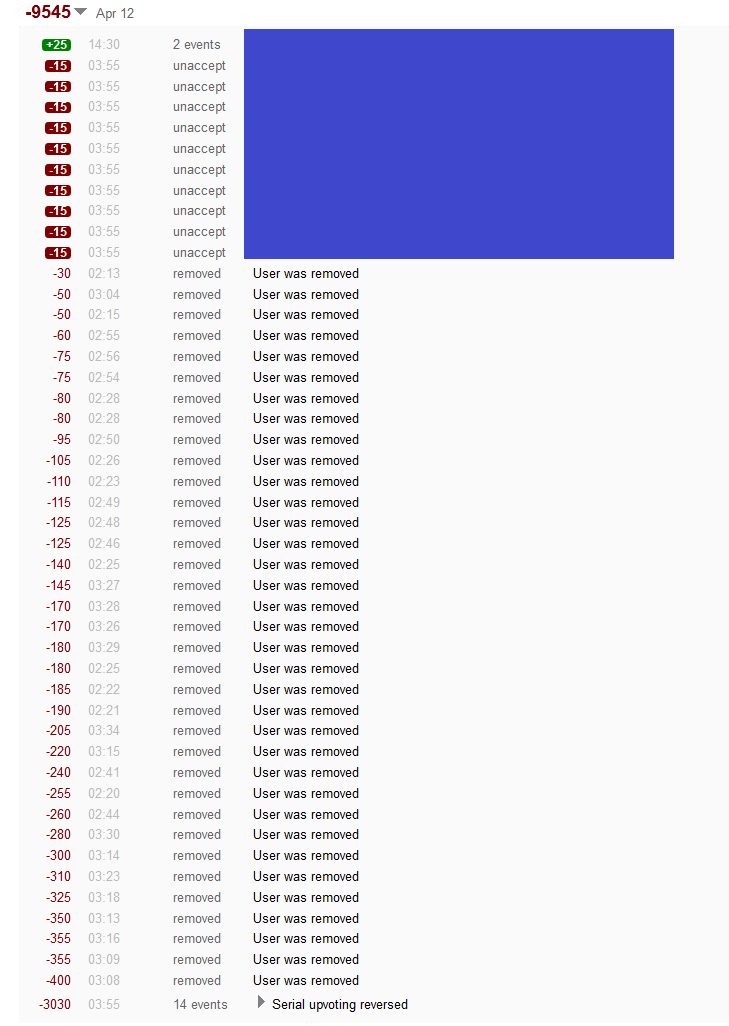 In effect, I found many of the users who were involved in the iOS voting-ring that was recently busted up.

Show suspended users in the Data Explorer with their normal reputation. Don't show it as 1.

The current system of showing suspended users with a reputation of 1:

12
Got weird message and lost 5 reputation; what does it mean?

191
Please charge rep for questions after threshold
200
Avoid the Streisand Effect - be clear about the reason when suspending an account
445
Reward finding duplicate questions - +10, +2, -5
536
Recent Reputation History Changes
1239
Don't throw away all votes when a user is deleted
273
Let's disallow moderator nominations from people who've been suspended in the past year
5
Most active users on tag Data Explorer
290
Why we don't keep public records of suspensions