Not sure if this is being done already, but...

There seems to be a problem with the "hot questions" list, in that it almost always has a lot of questions from the Math.SE site. I imagine two possibilities:

I've seen this with Academia as well (I'm a mod there); we tend to upvote a lot, and during the semester, we'll have a fair number of questions in the Hot Questions site just because we tend to upvote a lot. This is actually somewhat borne out in the data; The score distribution on the main SO site is very different than that on Math.SE, for example (x-axis is score, y-axis is post count; it's a crude plot without many exclusions, feel free to fork and improve).

To that extent, I would recommend a scaling system. We're nerdy here; we can do this appropriately.

In other words, if we choose the two plots above and call the SE one the "reference" one, we could scale the votes in question using the formula shown in column F below: 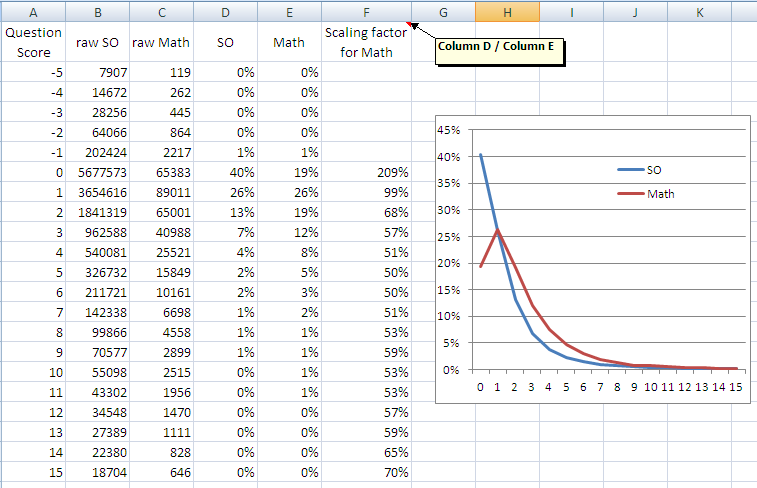 Note that we could do the same exact thing for "speed that upvotes are given"; i.e., on Math, questions accumulate upvotes much more quickly than on other sites, and we can normalize that distribution as well.