I just ran into this topic in the Reopen Votes queue. The reason for the Reopen Vote showed 'it has been edited', so I looked up what had been changed, and saw that the topicstarter had added a moderation flame at the end ("Shame this topic is closed").

Since the topic itself hadn't been changed I wasn't planning on disagreeing with the democratic close decision, so I just edited the post to undo the vandalism and reject the reopen vote afterwards. Except that my editing was automatically interpreted by the system as a reopen vote, and so it's currently going back to the rounds with my endorsement. Without warning I inadvertently took an action exactly opposed to my intentions.

I probably should've used rollback instead (hopefully that doesn't auto-cast the reopen vote?), but still in this case I think I should've gotten a warning anyway that this was about to happen? Can editors please get a nice popup like with bounties saying "does your edit mean you wish to nominate it for reopening?" or something?

The review in question: https://stackoverflow.com/review/reopen/2104282

When you go to the Reopen Votes queue, there are a few options to choose from:

You have chosen "Edit and Reopen", and that's the warning you get before it casts a reopen vote.

To just edit the post without casting a vote, click on "link" to open the question in a new page, press "edit", and choose "Leave Closed" in the original queue. 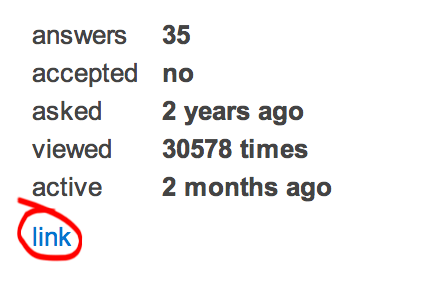 The system does not cast any reopen votes if you just edit the post in the usual manner.

Not the answer you're looking for? Browse other questions tagged feature-request edits review closed-questions vote-to-reopen .

131
Badge for editing a negative vote post that goes on to be a positive scoring post
69
Lock a post for editing, or at least display a warning
6
Six reopen votes cast resulted in tie with question remaining closed
404
Add an "I don't understand" option for review audits
3
Why can't you vote to leave open after previously voting to close and reopen?
189
Testing three-vote close and reopen on 13 network sites