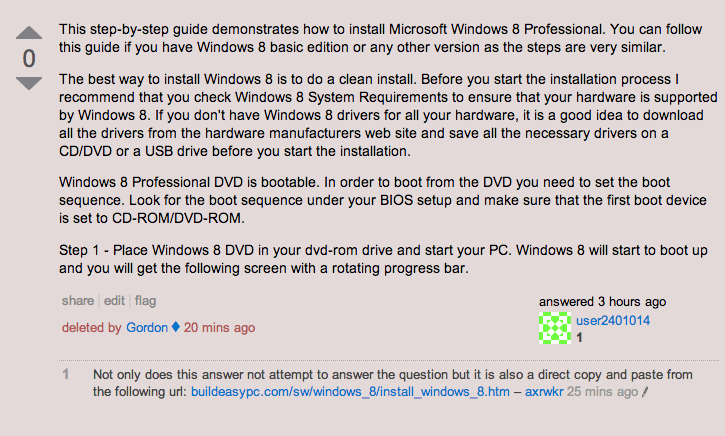 29
"flags should not be used to indicate technical inaccuracies, or an altogether wrong answer" justified?
4
Why was this "not an answer" flag declined?
730
Your answer is in another castle: when is an answer not an answer?
829
Net Neutrality and Stack Overflow / Stack Exchange
2515
Firing mods and forced relicensing: is Stack Exchange still interested in cooperating with the community?
666
Monica's situation continues unresolved. Is SE hoping the problem just goes away?
761
New Feature: Table Support