If a marketplace existed for Reputation, it would render it completely meaningless and pointless for all Stack Exchange sites.

What's to stop someone from selling Reputation on a virtual currency auction site? A Seller could offer 500 Rep and then easily transfer it to the buyer through a Bounty, could they not?

Indeed, people are already searching for ways to do this:

Obviously many people don't consider Rep to be worth money, but I'm sure somebody does. How can Stack Exchange sites prevent this from ever becoming a reality?

Sure there is, eBay explicitly doesn't allow this.

Besides that, I think this is a theoretical problem. If it ever happened, we have plenty of tools to deal with the account afterwards.

The community will take care of that by itself.

Reputation is just a number that represents what you have done so far on Stack Overflow. IMO, it is only important when it comes to privileges you unlock along the way. Other than that, it's just a number.

So why would someone buy reputation? The only notoriety you can have here is by showing of your acquired badges which are, in some cases, pretty impressive but that's all there is to notoriety on SO.

A bounty still requires a decent post to award it to. Sure, someone could award a bounty of a considerable amount of rep to utter drivel. But with the community we have, it is unlikely that nobody would notice. In fact, bounties were designed to be highly visible.

So while it would technically be possible to sell your rep (or part of it) and award it to a user, I hardly think it's a practical concern.

Say that a potential employer wants to base their hiring decision on your StackOverflow reputation. If they even bother with just a little bit of investigation, they really only need to look at your reputation history. It wouldn't be too difficult to see through the sham, because a huge spike in rep, +500 at a time, in a relatively short period of time would be blatantly obvious.

If I were that employer, I would definitely remove you from the running. Or, maybe hire you if I needed a charlatan.

To have an ongoing business selling Stack Exchange reputation one has to have drum roll
a high reputation on the site.

For the purposes of my answer, I am going to refer to the Stack Exchange site Stack Overflow, as this is the Meta Stack Overflow site ;-)

Now this presents the following problems:

I am not going to reiterate the other valid points made in answers here, as to the sites mechanisms to catch spurious user behaviour.
Suffice to say a user making a living from doing this, would require that many URLS, and phony SO accounts, with so much activity to avoid detection...... (that hourly rate is seriously dropping)

Soooooooooo drumroll In answer to your questions:

How can SE sites prevent this from ever becoming a reality?

I really don't think SE sites need to prevent this from becoming a reality ;-)

A Seller could offer 500 Rep and then easily transfer it to the buyer through a Bounty. Right?

Yes they could, now:

And, further, how practical would this be?

You can only give bounties up to 500 points. Anyone who has been here for any length of time isn't going to find 500 points all that helpful, so only someone brand new would want it. And what does that give you? The ability to re-tag questions? Someone would pay money for that? Well, maybe, but enough to make it worthwhile for the "seller"? I doubt it.

How about common sense...

Why pay money for something that you could otherwise get for free?

The only real value that rep has beyond opening features on the site is a sense that the community trusts you a little more (not much, but a little) and an ego boost. Neither of the latter two reasons would be met with purchased rep.

More or less purchasing rep would be a bit like intentionally purchasing botched plastic surgery, you would be laughed at by the community you were trying to impress.

And don't think people wouldn't find out, with 2.2 million users on SO alone the chances of posting a rep sale anywhere on the net and getting away with it are pretty slim.

Migrated from comments, because I thought it was a good question.

What about the privileges? 10k to one person may not be the best trade, but 50 rep to 200 people each looks like a great deal for 200 spammers, and you don't even lose the rep you're selling.
– Jan Dvorak

You would face a basic black market marketing issue: How do you at the same time advertise that you're in business and remain hidden? Selling smaller amounts of rep to more customers means more exposure and a higher risk of getting caught, which eventually leads to a higher price as the risk reward ratio gets skewed, but customers aren't likely to be willing to pay a higher price, as rep is otherwise freely available.

Some market forces still apply in a black market.

Why would someone want to buy reputation in the first place? There's no practical benefit from it. Yes, you can close questions and make tag wiki edits - but it's something else than being able to kill orc boss. The lack of people wanting to buy something is a great factor stopping you to sell it.

Second, the mechanism you've described is very highly inefficient. Someone would have to earn 500 reputation first, in order to be able to award it as a bounty. Then that reputation would be lost. It would be more rational to sell upvotes, since no reputation is lost. Honestly, I see so many low-effort questions (mostly I-don't-understand-this-Java-code-I-know-only-PHP question - no offence, I'm just using PHP as an example) that I don't think someone would mention.

Third, buying reputation would be like buying spam articles from spam generator. People don't buy that, they make it themselves.

Fourth, every advertisement on the internet leaves traces. It's easier to send a private message to your friend on Facebook to give you some upvotes. And only NSA will know.

I think it would be much more viable to sell good questions and answers. Just like people write blog articles for money.

The only thing stopping someone from selling their reputation is if the price isn't right.

Like most other tangible things in life you can put a price on a reputation point, it will probably be a function of the amount of time it takes to generate said rep point and the monetary or emotional value (translated to monetary value) each point carries.

But there is a bigger issue, Who in her right mind will pay for rep?

reputation has no monetary value!

there is nothing to gain from rep points. 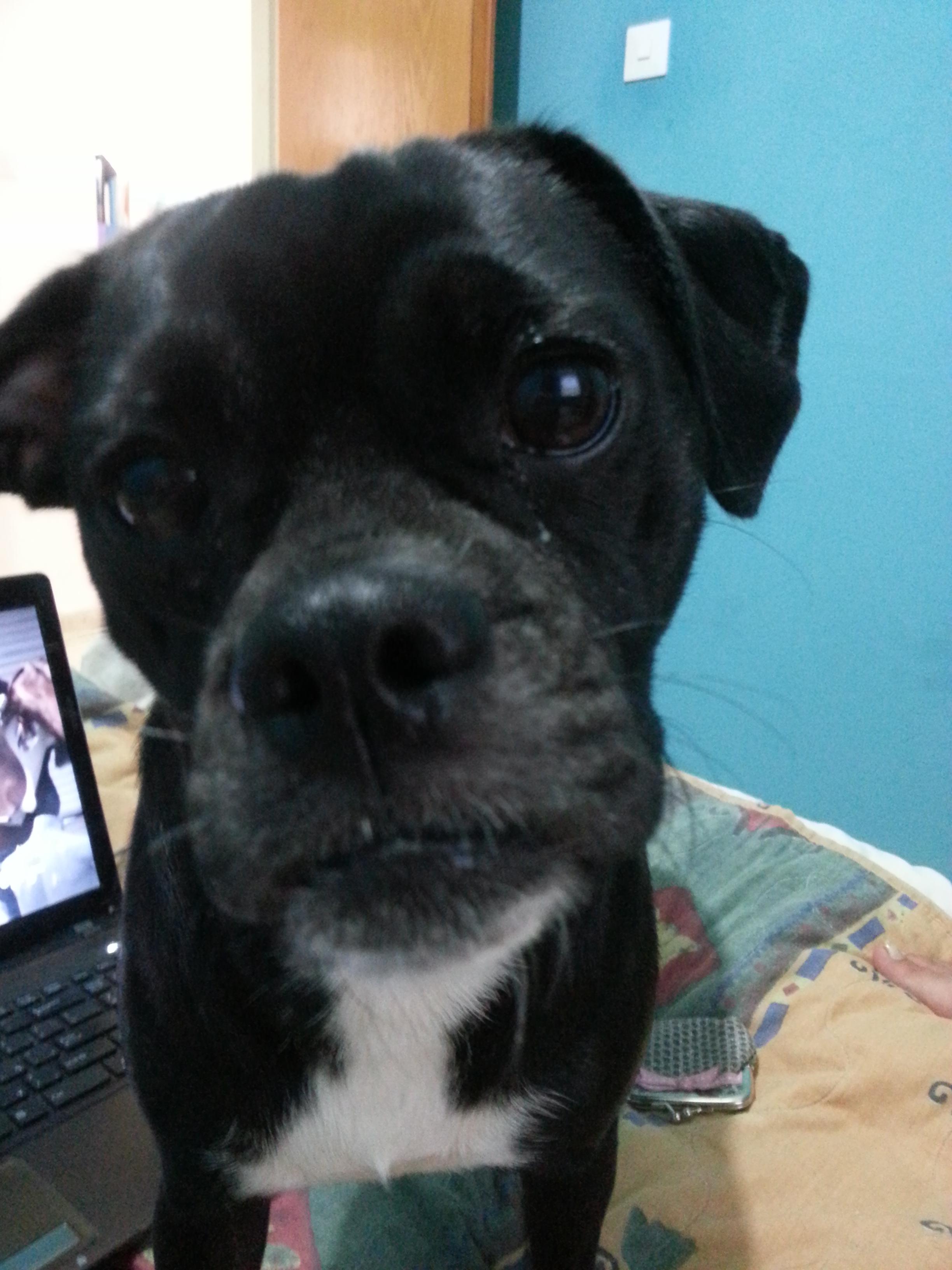 Counterpoint: If a marketplace existed for Reputation, it could render it more meaningful and improve all Stack Exchange sites.

Right now reputation points are used as a measure of experience, contribution, and commitment. But beyond that they have no value. Once you're a Trusted User what incentive do you have to accumulate rep, other than whatever value your own ego places next to that number? I have seen examples of formerly invaluable users sort of check out once their rep was past the mid-5-figures.

If a financial market existed for rep then the most valuable users (i.e., those who can provide the best questions and answers) would have some incentive beyond the "gaming" aspects to continue participating. So that's the supply side.

On the demand side: Who would pay for rep? Obviously somebody who really wants attention to a question, but can't or won't invest the time to try to build their own rep natively.

Would it be bad if somebody could pay for a 500-point bounty on their question? It would give it more eyes, and it might give it more answers, but it's not like it would pollute the ecosystem with bad questions: the question is still subject to votes, which are democratic and (we try to ensure) can't be bought with money. Bad questions will still accumulate votes that indicate their merit – and more quickly if they have a bounty.

Would it be bad if somebody bought Trusted User status and then started mucking about in the review queues? Sure, but that's why we have mods and CMs who can take away that status as easily as it was purchased.

Not the answer you're looking for? Browse other questions tagged discussion reputation bounties gaming-the-system .

136
Allow bounty to be set with reputation from another site?
88
Should we cap reputation gained from questions at +2000?
21
Do we still need the Retag privilege?
45
Encourage people to "Pay it forward"
325
Toward a philosophy of Chat
363
Let's take a look at the interaction between staff and the "power users" of the network