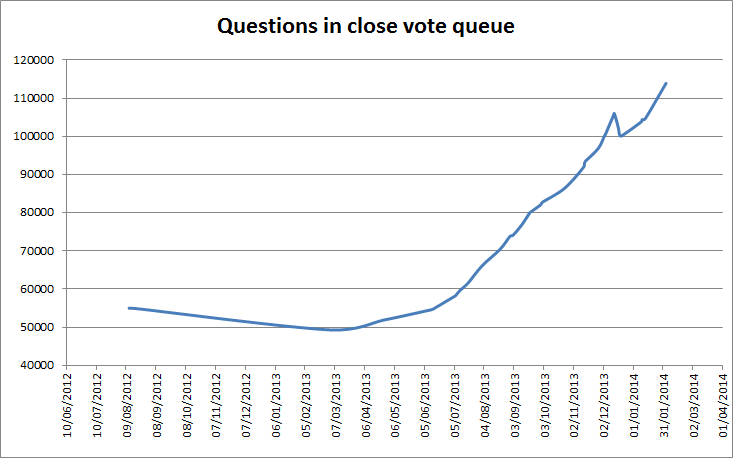 550
How about a "Vote not to close" option to counter the "Vote to close"?
852
Can we have the ability to retract a close vote before it closes?
187
What are the guidelines for reviewing?
60
Allow us to additionally filter off-topic close reasons in the Close Vote Review Queue
83
New bronze badge for using a filter on the Close Votes review queue
188
Testing three-vote close and reopen on 13 network sites
239
Review queue workflows - Final release