Over at Area 51, it seems like there are proposals that are growing way too quickly. Take ROBLOX for example. It was proposed today, and it already has the following qualities

This seems extremely suspicious, and it needs to be addressed immediately. 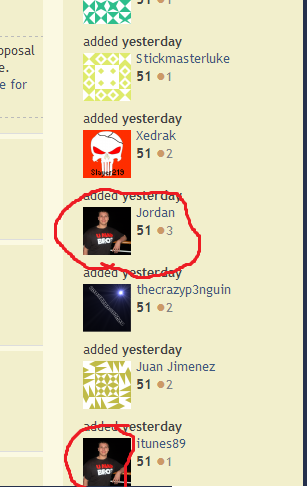 It seems kinda weird that 2 profiles have the exact same picture.

Oh look. Another one. Houdini. 34 followers, all have low rep. Questions from poster are all highly voted. It also seems strange that 94.1% of all followers are only on that proposal

Lookie Lookie. Another. Sanathan Dharma/Hinduism. 18 followers, all low rep. 83.3% only that proposal. I don't think this issue is going away anytime soon.

This one has gone to an extreme. Stack Overflow in Arabic was proposed yesterday, and it has 40 followers. Almost every follower has 51 rep.

There are so many checks and balances in the Area 51 system that this hardly needs immediate attention.

The worst case scenario is this: the proposal doesn't get closed (it looks to be well on the way to closure, by the way) and it somehow reaches 45% commitment... at which point the entire community team reviews it and concludes that it's a viable site. Then the site reaches 100% commitment and we launch a private beta. If the commitment numbers were severely padded, the site is almost guaranteed to fail while in private beta. If it doesn't fail... well, good for us. We have another strong site in our lineup.

In general, trying to cheat your way past the process here does absolutely nothing productive for anybody ever nor does it ensure that a site will be launched.

That said, thanks for raising the issue here. I'll look over the proposal and see what all needs to be done. The question vote stats and whatnot don't necessarily look suspicious to me (in fact, we want proposals that can quickly gain traction), but I'll double-check what's going on.

15
Suspicious activity in the Area 51 proposal for Roblox
7
Impossible to Launch Site With All New Users on Area 51?