Ask Question
Asked 8 years ago
Active 5 years, 7 months ago
Viewed 120 times
6
This question already has an answer here:
Why are the moderators being so strict with quality related flags recently? (1 answer)
Closed 8 years ago.

I have used very low quality flag for this question - was accepted.

But for this one - declined

Flag number 4: very low quality - declined. For the last one the flag was declined before question was edited - it wasn't any code there...

There are some criteria for low quality question - but it depends more on individual moderators.

I have used very low quality flag for this question - was accepted.

Your flag on that question was implicitly accepted after the question was closed by 5 regular community members. There was no moderator intervention, neither to close the question nor to review your flag.

However, I agree that this flag was valid. That question is terrible and really should have been caught by the automatic quality filter.

But for this one - declined

You should have been told why this flag was declined, and this should appear on the same page where you're seeing "declined".

But I can guess that it was because of recent changes to how moderators handle "very low quality" flags. One of our moderators explains a recent similar case here. The summary is basically that the "very low quality" flag reason is intended for questions that are completely unsalvageable through edits, should not have been posted in the first place, and should really just be deleted. I suppose someone thought that question could conceivably be edited to bring it up to our standards, making it a valid question.

To be honest, I question this assumption, if that was in fact the thinking of the moderator who processed your flag. That doesn't look like a valid question to me, and it doesn't look salvageable. A[nother] moderator even agreed that it was off-topic and needed to be closed. I don't see much use in quibbling over the particular flag reason that you picked; the question is clearly problematic and in need of attention. It needs far more than a little cleanup to be acceptable. I would have marked that flag valid.

Most likely, the thinking was "this question is bad, but you shouldn't have flagged it, you should have voted to close instead". The thinking here is that the question can simply be closed by the community and doesn't require ♦ moderator intervention. That's also reasonable; consider doing so in the future.

That flag should not have been marked valid. "Trivial question" is not a valid reason to flag a question because there is nothing wrong with asking simple questions! We have lots of guidelines concerning the types of questions that should and should not be asked here, but you'll notice that none of them say anything about questions that are "simple" or "trivial". This is not just because assessing such things is subjective and entirely dependent upon an individual's perspective, but also because our goal is to build a comprehensive resource of answers to programming questions. That naturally has to include the simple ones as well as the complex ones, to whatever extent those terms have meaning.

But of course, like you point out, the flag was marked as valid. That's because a moderator took action on the question anyway, closing it as a duplicate. That action automatically caused your flag to be marked valid, even though you flagged it for an entirely different reason. The flag system isn't perfect. Mostly, we're just trying to figure out whether you're wasting our time with utterly invalid flags, or making a reasonable attempt at improving the site.

Flag number 4: very low quality - declined. For the last one the flag was declined before question was edited - it wasnt any code there...

Basically the same thing as #2.

Even with the code that's been added, I don't think this question deserves my vote to reopen it. I'd have certainly marked your flag as valid when the question was in an even worse state.

But you still should have voted to close.

There are some criteria for low quality question - but it depends more of moderator itself..

There are some criteria that have been discussed here on Meta for what constitutes a "very low quality" post (for example, here), but it's hard to come up with a universal consensus. Different people have different standards, and in practice it ends up being very much like pornography—hard to exhaustively define, but you know it when you see it.

And of course there is a human element involved in processing moderator flags. The mods are, after all, humans. They even make mistakes sometimes. And they all have to use their own best judgment. Not every moderator would evaluate the same flag on the same question in the same way. Some may think that's a bug, but I think it's actually a feature. :-)

More generally, if you are unsure about whether a post is bad enough to be flagged as "very low quality", you have a couple of alternatives:

But the best alternative is really to give up worrying too much about which of your flags are being accepted or declined, and just get on with your life. Unless there's a clear pattern of repeated invalid flags, you're doing just fine.

I suspect that despite its very very very vague name, the "very low quality" flag has a very specific use-case: The poster has no intention to post something meaningful.

For example, it would apply to a question that says:

Here's how I would flag those questions:

In general, if OP asks about how to do something but doesn't show any attempt to solve the issue himself (what he has tried), the question is a possible candidate for "must demonstrate a minimal understanding" (also colloquially known as "plz send teh codez").

If you don't understand the question at all, due to the fact that the question is incomprehensible (but you can still see OP is trying to ask about something) or because the OP is omitting key details (for example, OP says his code to do something is not working, but posts neither his code nor the error message), then flag the question as "unclear what you're asking". 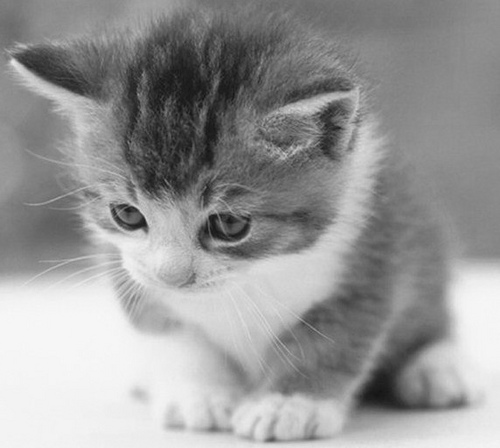 Not the answer you're looking for? Browse other questions tagged discussion flags low-quality-posts declined-flags .

87
Why are the moderators being so strict with quality related flags recently?
847
The Many Memes of Meta
299
What are the “spam” and “rude or abusive” (offensive) flags, and how do they work?
200
What is a “closed” or “duplicate” question?
69
Is it time to tighten up the question quality filter?
9
What kind of answer should be flagged as “Very Low Quality”, but not flagged as “Not an Answer”?
11
Why was this very low quality flag declined?
2
Flagged question for low quality declined - was I wrong to flag it?

586
Exit strategies for “chameleon questions”
87
Why are the moderators being so strict with quality related flags recently?
706
Your answer is in another castle: when is an answer not an answer?
298
Add optional box for spam flags letting you say why you think it's spam
2779
A Terms of Service update restricting companies that scrape your profile information without your permission
415
Can a machine be taught to flag spam automatically?
2457
Firing mods and forced relicensing: is Stack Exchange still interested in cooperating with the community?
2164
Stack Overflow is doing me ongoing harm; it's time to fix it!
959
Firing Community Managers: Stack Exchange is not interested in cooperating with the community, is it?
794
Thank you, Robert Cartaino