Code out of nowhere

When I'm reviewing suggested edits, edits such as these get rejected almost instantly because it looks like the code is appearing out of nowhere! 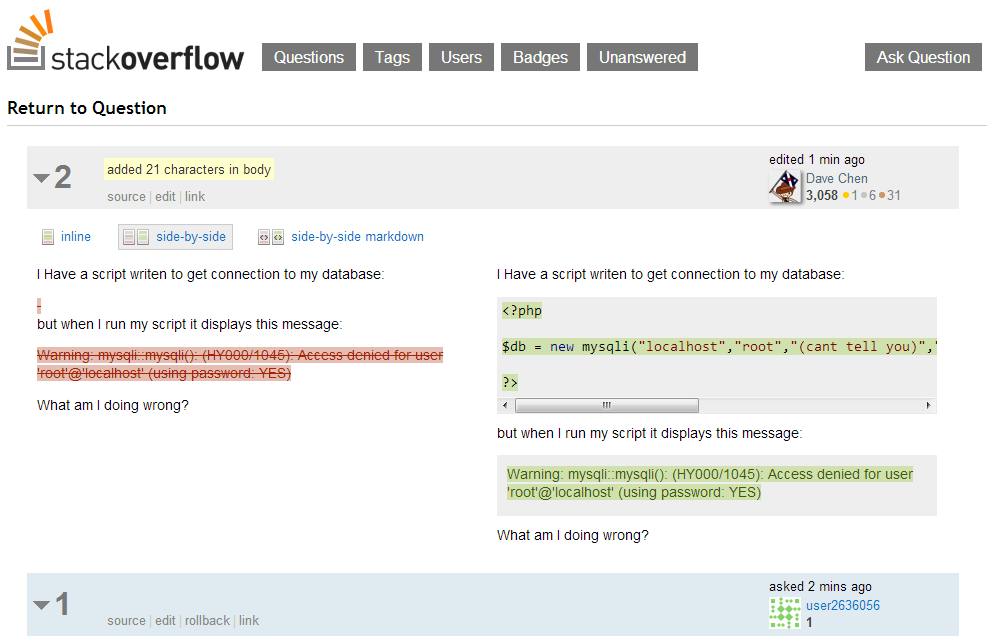 This isn't actually the case, it's just when the code isn't properly formatted, it doesn't even show up at all, this causes suggested edits from users that improve questions to get rejected.

Could we have the suggested edits default on side-by-side-markdown instead of inline or side-by-side?

Add the words "Fixed code formatting" in the edit summary description, instead of relying on the canned "added x characters to body" description, and the rejections will go way down.

Not the answer you're looking for? Browse other questions tagged discussion suggested-edits code-formatting .

344
How do I format my code blocks?
547
Exit strategies for “chameleon questions”
276
How do suggested edits work?
410
Decision on rejected edits should be displayed as a notification to the editor
55
Improving how suggested edits are displayed in your activity history
117
Inline Code Spans should not be used for emphasis, right?
522
The current review system encourages fake reviews; some people upvote everything rather than actually fixing problems
291
How do we encourage edits to obsolete/out of date answers?