Broken UI on audit caused me to fail -- again

Just like my popular post, "STOP! Look and Listen" audit tricked me, I have once again been fooled by an audit having a distracting and unusual UI that does not happen for a non-audit review.

Just as before, since the post looked so different than a normal review, I thought my browser was messing up or my internet connection was lagging because part of the interface didn't appear. The votes and user name were gone completely, as I highlight here (I don't have the original image because I didn't know what was going on!): 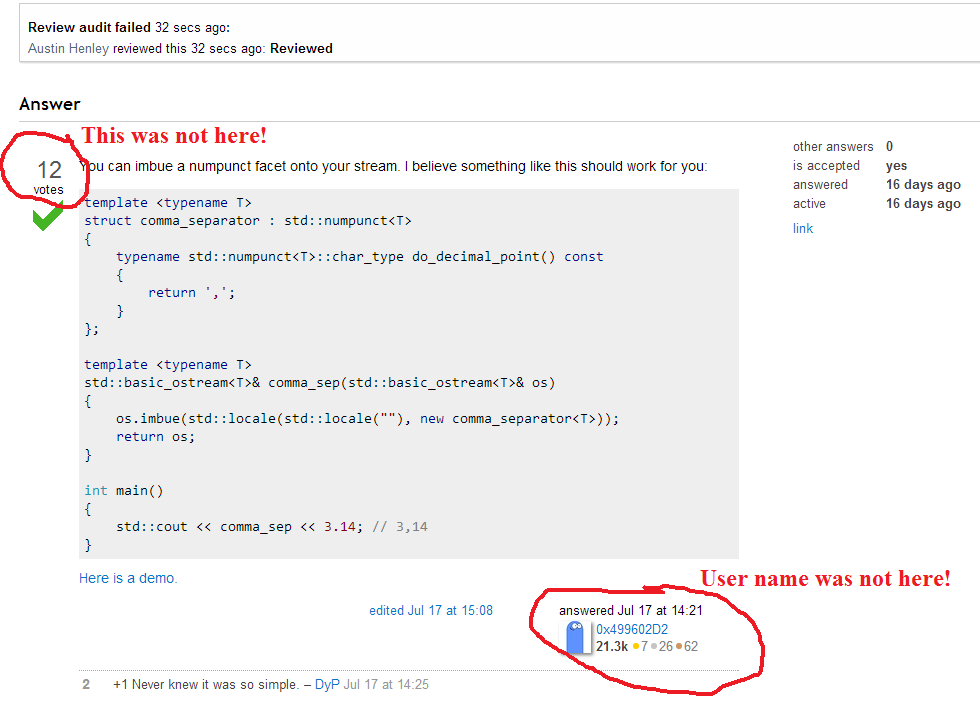 I have pointed out numerous UI issues for audits:

You say that audits are to make sure people are paying attention, but I am being banned for finding your bugs. I don't think I can pay much more attention than that.

The broken UI is making me pay attention to it.

Not to the review.

EDIT: Also, if I remember correctly, the comments and Add Comment button were not displayed either. 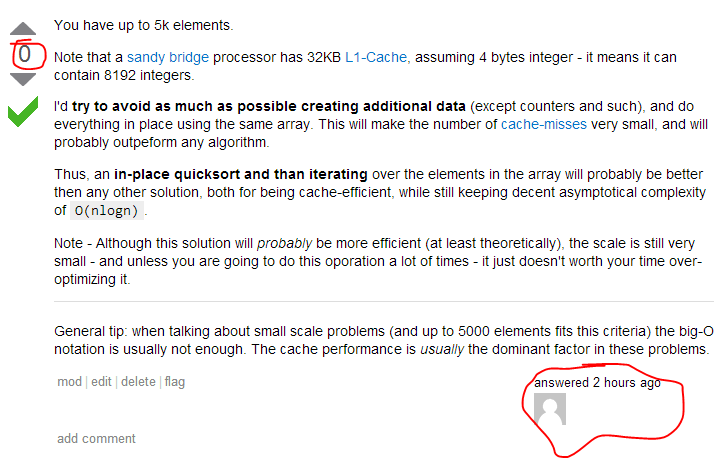 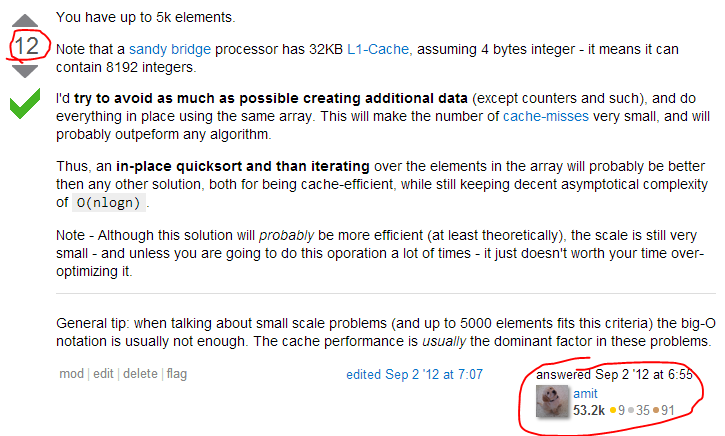 This is what is known as a "known-good audit" - it's intended to make sure you're able to recognize a decent post. Can you maybe see why the post score and author have to be faked in order for it to work in the First Posts queue?

If not, read this: First Post suggests an answer from a "new user" who is 3+ years old with 1800 rep

Not the answer you're looking for? Browse other questions tagged bug status-bydesign review review-audits .

116
"STOP! Look and Listen" audit tricked me
41
"This edit would have to be a suggested edit" / edit button grayed out
7
Review audits are too error-prone when reviewing on a mobile device
16
Why did flagging this audit cause me to fail it?
11
First Post suggests an answer from a "new user" who is 3+ years old with 1800 rep
16
Another indicator of a review audit: Question has no tags
5
Commenting then deleting it while reviewing still allows "I'm Done"
10
While reviewing, why do I not get the option to see previous edits?

116
"STOP! Look and Listen" audit tricked me
354
What are review tests (audits) and how do they work?
208
Stop using real accounts in suggested edit audits
404
Add an "I don't understand" option for review audits
60
Quick! Everyone upovote this!
24
What an audit!? Would you fail?
14
Typo on the Close Votes review audit failure message
19
Why did flagging as very low quality result in audit failure
8
Audit fail message and our more friendly community