Can we get rid of the splash screen in the Android app? 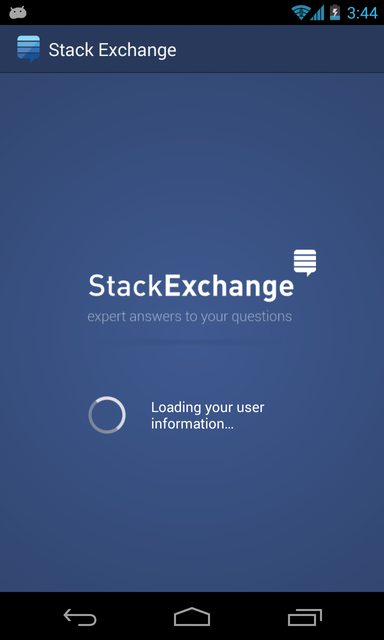 That screen appears when we need data that is not available in a cached version. In that case, we have two choices what to do while getting data from the network that is essential for anything to work: Freeze the UI, or show an indicator as to what's going on. I have pretty strong opinions on which of the two alternatives I consider better UX.

The current alpha version of course doesn't cache as much as it could, so eventually this screen will appear much more rarely, but this screen or some version of it will not disappear in the case that the app needs to get some data to do anything useful, if the alternative is an unresponsive UI while we're getting that data.

I've been reading up on the Internet and discovered that a billion years ago, apps used to hang while making network requests. I don't want our app to be a remnant of that.

Not the answer you're looking for? Browse other questions tagged feature-request status-declined android-app .

825
Can we have the ability to retract a close vote before it closes?
243
The title word filter is one of the worst ideas ever implemented on SO
1161
Don't throw away all votes when a user is deleted
5
Closing Android app during splash screen still opens feed
192
Allow us to vote to delete from the Android app
32
Use shorter home screen app title so that it doesn't get truncated
112
Help us test the Stack Exchange Android tablet app