How to remove deleted chatroom from favorite rooms?

Several of chatrooms I have favorited have been deleted or frozen for inactivity. They still remain among my favorite rooms (which is good; but I think I should have a possibility to remove them if I decide to do so).

Here is a screenshot: 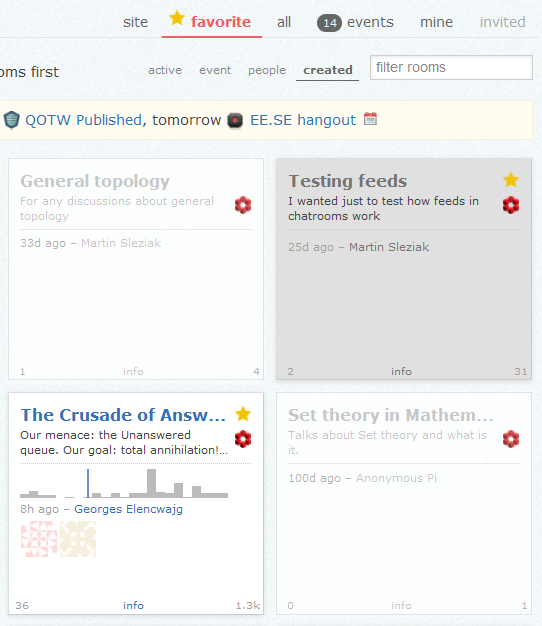 In this screenshot the room called Testing feeds have been frozen and it still has a star which, when I hover above it, shows a tooltip Toggle as a favorite room. But there are also two rooms that have been deleted, where this star is not shown. And I have not found any other way how to remove them from my favorites. (The fourth room in this screenshot is still alive.)

So my question is:

P.S.
I was not sure whether to tag this post as support or bug; but I thought that my first assumption should be that I simply didn't find way to do this rather than assume that the software does not allow this.

Now I have noticed that after joining the room, the star - which enables to toggle whether room is favorite - becomes available. (I did not try this before, since I simply did not try to join a room which is already deleted.)

I still think that it would be nice to be able to do this from the list of favorited rooms (in the same way as for frozen and active rooms), but I do not think that this problem occurs very often; so it is not that important. 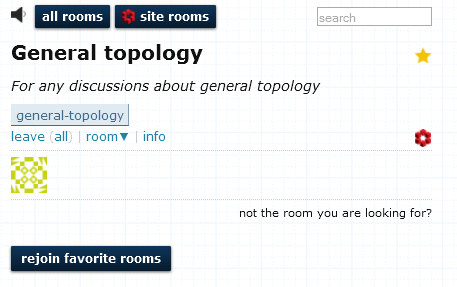 Not the answer you're looking for? Browse other questions tagged bug chat .

18
How do I 'unfavorite' a deleted room?

26
Always log me into my favorite chat rooms
2
How exactly are favorite rooms in the active tab sorted?
56
Prevent exposure of messages from private chat rooms
323
Toward a philosophy of Chat
375
If you're gonna talk Politics, you must respect those who disagree
6
Are chat rooms hard-deleted?