I swear someone is serially downvoting me [closed]

Ask Question
Asked 6 years, 9 months ago
Active 6 years, 5 months ago
Viewed 619 times
17
Closed. This question is off-topic. It is not currently accepting answers.

Look at my reputation history here on Meta: 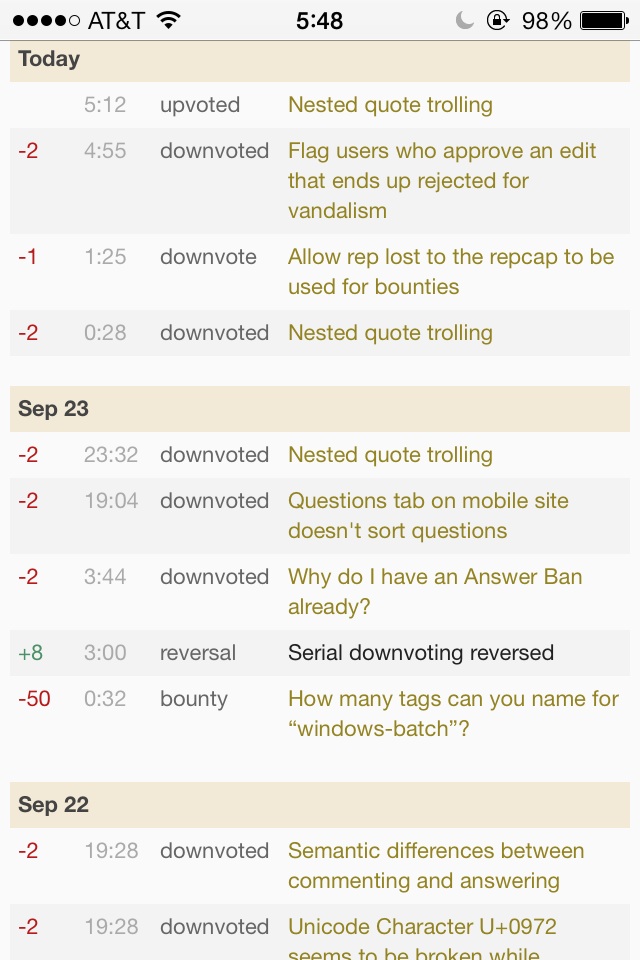 I've checked things out, and I'm not seeing any patterns (which is all mods can see) - at least not yet. Keep an eye on things, and definitely don't hesitate to flag if you see things getting worse over some more time. Just keep in mind "Other" flags are our heaviest volume flags, so it may take a while for us to check them out. Which can work out better, anyway... as it would give more time for a pattern to form.

I wouldn't suggest flagging right now, but generally, flagging is better than a post here.

Ack! I see you meant Meta, not the main site. Things are slightly different here for you, but I'm still not seeing anything that looks too fishy just yet here, either. The same advice applies as above. Except that our flag volume overall here is extremely low, so such flags would be looked into much more quickly.

Also, re reversed votes: We also see the patterns as apply to those, so don't fear that votes being auto-reversed limits our abilities there.

Another couple notes on down voting on Meta; they are different in more ways than the typical ways people mention. First, voters here will tend to be somewhat more savvy and may try to keep things 'under the radar' (thanks to Oded ♦ for that addition), but also the relative volume of posts to users here can have some effect. There are fewer posts and users, so there can tend to be higher amounts of people voting for the same people here than on the main site.

That said, we still don't like serial voting here, either. Just keep in mind the slight differences.

Not the answer you're looking for? Browse other questions tagged support serial-voting .