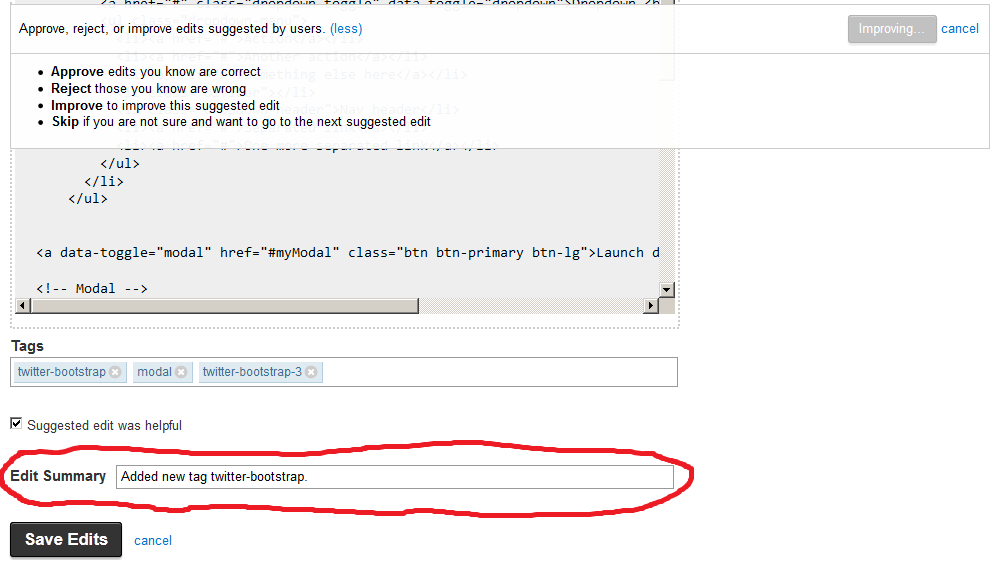 At the moment, when I Improve a Suggested Edit, the Comment text for that Edit is retained (though editable). It's unlikely that the comment would still apply (e.g. Suggester added a tag and Approver corrected a typo), so I would rather have the field blank.

Also, it's better to have a blank Comment than an incorrect one... many people don't bother changing the original Comment.

So that box should be blank like this instead: 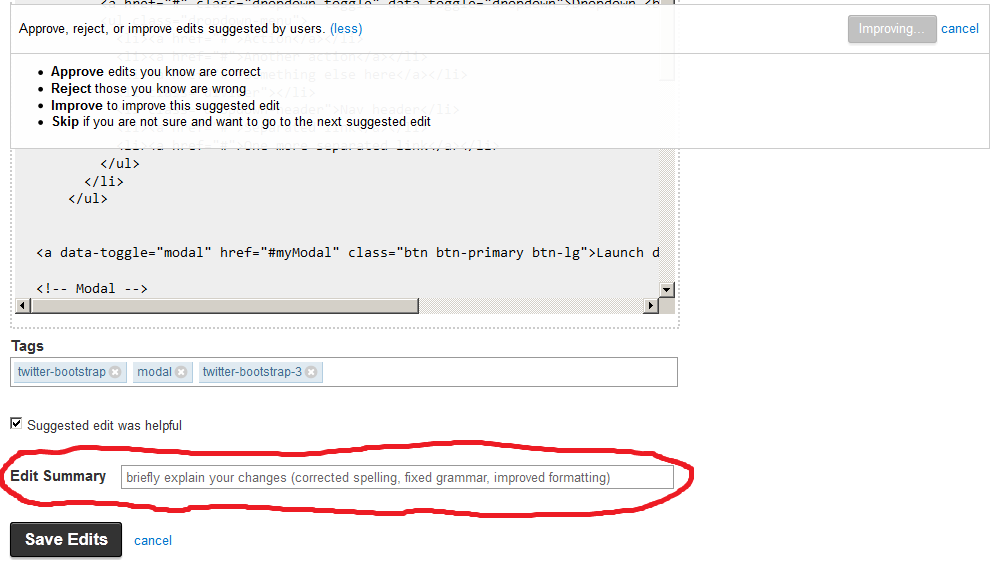