Penalty for approving Suggested edit which is rejected with Vandalism flag

Today when I was trying to review suggested edit, I saw a suggested edit like: Suggested Edit on this post CodeIgniter Custom Admin URI Routes

At first sight itself it seems as a spam to me, So I rejected the suggest by selecting Vandalism option, later when I checked the status of the suggested edit I saw it is rejected.

But there was an approval also, 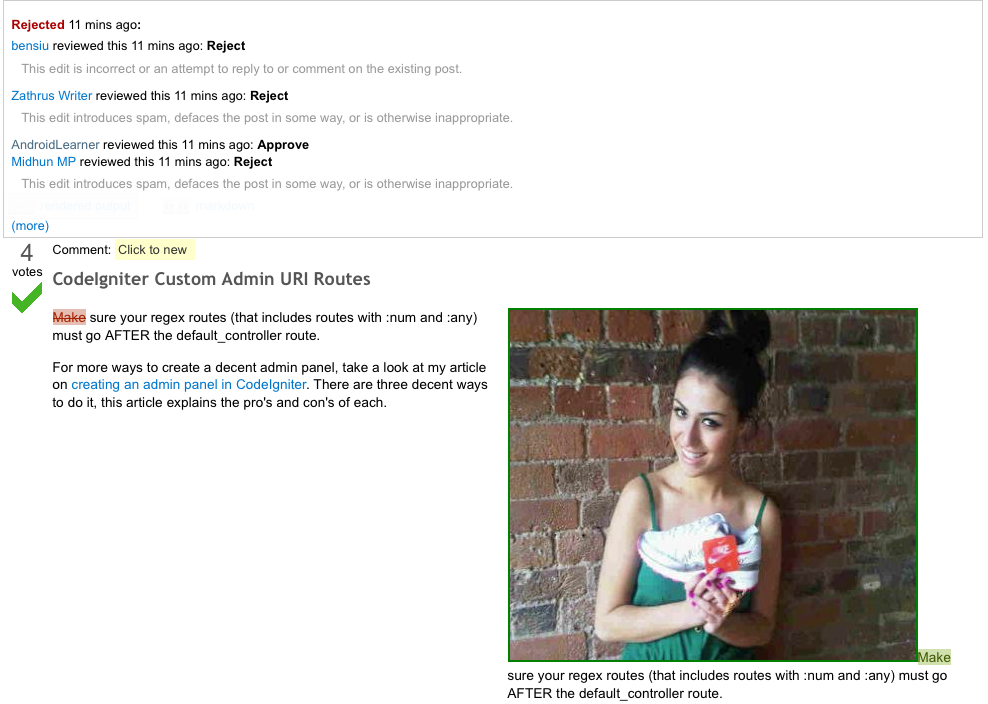 There can be such similar blind Approvals in Stack Overflow system, is such approval can be reduced by giving penalty ?

I don't know whether it is practicable or not, but I saw similar approvals a lot of times in Stack Overflow.

In this case, it would be improper to punish the two users who approved the edit, since it was the three who rejected it that were at fault. I think this type of a penalty system would be too likely to produce false positives and punish the wrong people.

Not the answer you're looking for? Browse other questions tagged discussion review suggested-edits vandalism review-suspension .

12
Does the rejection of a suggested edit with the reason "Vandalism" flag the post in any way?
9
What can cause "This item is no longer reviewable"?
76
Flag users who approve an edit that ends up rejected for vandalism
30
Invalidate reviews by known robo-reviewers
8
Is it time to recalibrate the pending suggested edit limit?