Can we be a bit quicker to close (downvote) questions? [closed]

There are a lot of questions that show no attempt at solving the problem oneself. This is by no means the only problem with questions (the main others that come to mind is asking others to debug your code and not describing the problem with your code properly), but let's focus on this for now - this question can largely be read with the others in mind.

And I'm not talking about "Plz hlp, rite codez 4 mez!" type questions. These get plenty of downvotes and get closed quick enough. I'm talking about the questions that actually look fairly decent, at least on the surface - they often explain the problem clearly, they may show examples of what they want, but they're still lacking a visible attempt at solving said problem.

Most of these get a "What have you tried?" type comment (with a few upvotes) fairly quickly, but many of these aren't downvoted at all / upvoted more, don't accumulate any close votes and get answers (and most of the time the OP's don't add some attempt at solving the problem themselves, even though many say "I have searched" and "I have tried", but it's easy to say you've done something without having actually done it - it's called "lying").

I've primarily noticed this problem in algorithm, sql and regex (on my other main tags the questions tend to get downvoted to infinity and closed, but not always either).

Can we make an effort to close questions sooner and be more strict on at least having to show some attempt? Personally, I think we should try to close these questions as soon as they're asked (in like 5 minutes or less). It doesn't really help that we stick around, waiting for OP to give an attempt when other people upvote it and give answers.

Sure, this won't really add to the 'niceness-factor', but only at first (hopefully) - once people grow accustomed to the fact that we're actually enforcing these rules we're currently only selectively applying, help vampires should find themselves another lair and everyone else should make an attempt before asking a question, thus average quality of the questions should improve a lot, and the "What have you tried?" comments should stop / get a lot less.

Keep in mind that questions can be reopened. We even wanted to highlight this by changing the display from "closed" to "on hold". In my opinion, it's better to quickly close bad questions and have them reopened after being edited, or deleted and re-asked properly.

Some examples I just gathered of questions asked during the last day: (some are downvoted and some closed, but part of my point is that this doesn't happen soon enough)

I fully support immediate close-voting if the question doesn't show due effort. Often-times the OP will never update their question again and it deserves to be closed. The "on hold" feature makes it clear to new users that this closure is not permanent and binding, should they decide to act upon the comments and improve their question.

And perhaps I'm a little heartless, but I'm not that bothered about being overly nice. Polite, yes, but not nice. When I first used the site, I read the (then) FAQ and posted well-formed questions from day one. Vampires be damned, I say. 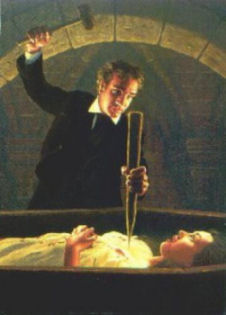 I think part of the problem stems from people hoping a few comments will make the OP change their ways and they may never get round to casting the close vote that is required. But I'm not sure how we get that message out to the close voters...

. I'm talking about the questions that actually look fairly decent, at least on the surface - they often explain the problem clearly, they may show examples of what they want, but they're still lacking a visible attempt at solving said problem.

Ah, I'm a sucker for those people that seem to have good intentions. I say we should give them a chance at least. They have at least put the code into code-style font, they have said "thanks" , they do seem halfway serious.

But there probably needs to be a halfway point betsween downvoting it to death and letting it waste everybody's time. I think that solutio would then be to give it a "putting-on-hold"-close. I'd like to see more of these wishy-washy halfway-decent questions put to close without excessive downvotes.

It'd be good if there was a way for mods to sort-of freeze these questions. That way, the OP realizes "OK my questions is hmm.. incomplete. I needto do more work , I guess"

I realize that that basically happens. So to make it easier for everyone, would be ideal.

So a compromise of sorts. Close these questions benignly , i.e without the roughness of spam-post-closures.

Not the answer you're looking for? Browse other questions tagged discussion stack-overflow closed-questions down-votes .

67
How soon should I "vote to close"?
22
Show close votes on a question from the front page to help reduce the close vote queue
6
More SO users are not reading the post before replying or voting
-6
Should there be a delay for close votes?
-23
Delay closing questions

1226
Encouraging people to explain downvotes
865
Allow an edit to notify downvoters: "I think I've fixed the issue now - please check"
924
Why aren't people voting for questions?
1494
Fastest Gun in the West Problem
1843
Could we please be a bit nicer to new users?
603
Exit strategies for "chameleon questions"
545
How to avoid "Hot Network Questions" on the sidebar
728
Your answer is in another castle: when is an answer not an answer?
2793
A Terms of Service update restricting companies that scrape your profile information without your permission
2507
Firing mods and forced relicensing: is Stack Exchange still interested in cooperating with the community?