Should Stack Overflow automatically submit the title for new items to Google and provide the first N links found along with the item?

I was recently answer a question (here) on SO about whether a google search should be referenced or the result of the search when a question is asked. In context, 7000+ new questions are showing up on SO each day. That is a lot of questions for the IT folks to look over and find duplicates, do searches, reference searches, etc.

If each new question was automatically submitted to google and the result placed near the question when it was displayed (maybe hidden with a tab to make them visible), this would give the questioner immediate access to something they may not have thought to do themselves.

This would hopefully eliminate questions of "did you search google first".

If the result has links to SO questions other than the initial question, this is an indication of a duplicate. Perhaps it would then be flagged as "possible duplicate" automatically so the IT folks would not have to look at each question individually, but separate them out early and often. Maybe this can be shown as a "possible duplicate" list right under the google results so the creator immediately knows it was a duplicate and can mark it as such.

Showing duplicates before the question is posted

The existing question asking page has potential duplicates prominently shown, occupying a good 60% of the available space. Its difficult to see how we could make this any more prominent 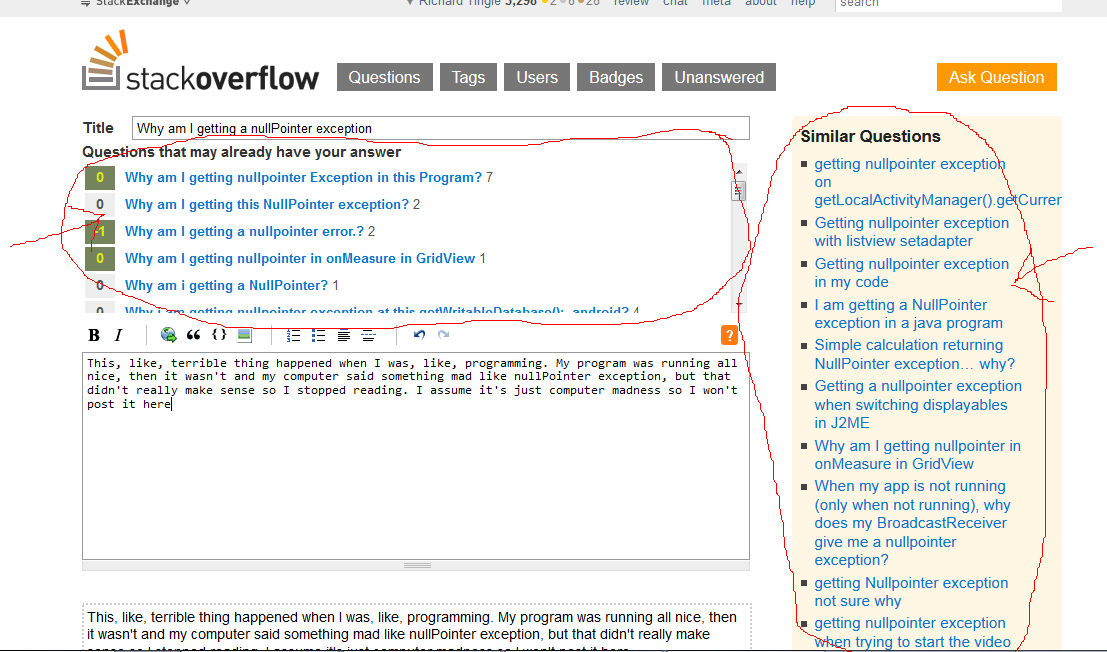 Showing duplicates after the question is posted

This is also already implemented, all be it less prominently 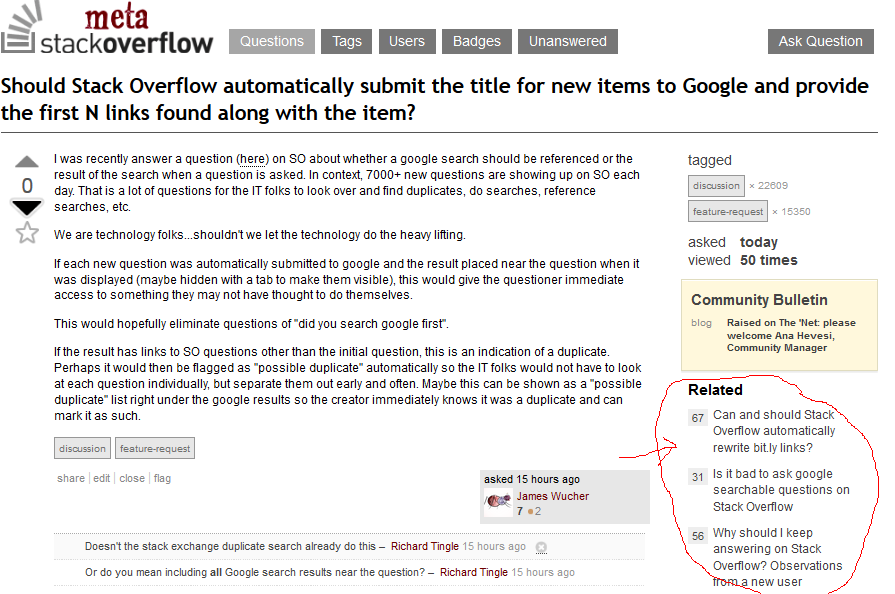 This would create an inordinate number of false positives. While the duplicates list often contains useful links it also often contains a large number of related but seperate questions, to auto flag them all would vastly increase the work of the 3k+ close reviewers who would have to manually manage this large number of (often incorrect) flags.

Including a general Google search when asking a question

Ignoring any legal issues that may surround this, this is the only part of the request I would contemplate. However, given that people already largely do not look at the potential duplicates list I would be dubious if they would look at the list.

Additionally it would imply that a single google search is all that was required to meet the minimum effort requirements, which is exactly what we do not want. Whether the answer exists on the internet in general is not the important point, what is important is whether the OP has an attempt at the problem within the question itself. If there was a tick box (that it was impossible to lie in) that said "I have searched google" it would not affect the question requirements.

9
What should I do if the answer to the question is the first result of a Google search?

205
What's with all the rude comments recently?
187
Do not delete good duplicates!
136
What are the best ways to find answers that should be flagged or edited?
417
Decision on rejected edits should be displayed as a notification to the editor
238
A new search engine for Stack Exchange
416
Add an "I don't understand" option for review audits
362
New three-tiered badge idea: Explainer →Refiner → Illuminator
333
Gold tag-badge holders and moderators can now edit duplicate links
378
Updating the Hot Network Questions List - now with a bit more network and a little less "hotness"!
580
We're switching to CommonMark