My phone has spent the past five minutes vibrating off of my desk as it played "catch up" on a bunch of notifications that I had dismissed on-site before my phone had a chance to notify me of them in the status bar.

My phone notifies me just fine of regular notifications that I haven't checked yet, and checking them in the app or on the site dismisses them properly in both places. However, notifications that get almost immediately dismissed because I'm currently active on-site never make it to my phone... until...

Can this phenomenon please be fixed? It's rather irritating to be sitting somewhere and all of a sudden get notified of 10 or 20 different things that I've already seen. 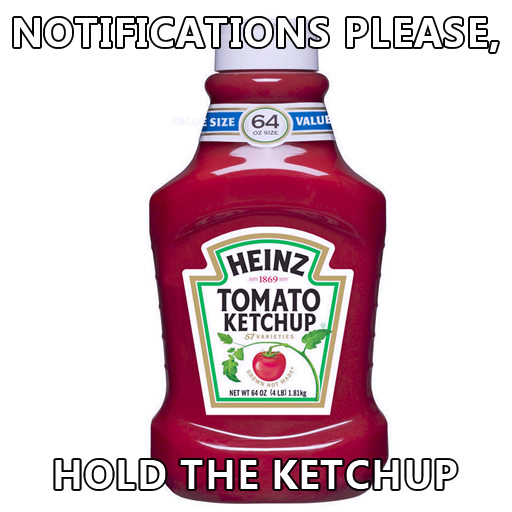 Yes, there was a direct correlation between our SQL issues and the push notification service issues. I restarted it about an hour ago and adding a throttle is a good idea. I'll add that to the list of features we intend to build.

Not the answer you're looking for? Browse other questions tagged bug status-completed notifications android-app .

4
Months-old notifications suddenly coming in from the Android app
4
The Android App is still playing catch up, but it catches itself mid-notification

3
Android App doesn't notice when I've signed up to a site
6
Stack Exchange Android app keeps replaying notifications
1
Why do only answers or replies appear in the notification tab of Android SE app?
4
Not receiving any notifications on the Android app
138
“Question closed” notifications experiment results and graduation