In 2013 and future StackOverflow survey results, show per capita maps

In 2012, the infographic for the survey results included a map of U.S. states showing how many users lived in each state. This is an almost entirely useless graph because it is essentially equivalent to a population heatmap. In 2012, this was pointed out after the fact. My question isn't really a duplicate of that one though, because I'm asking to change this for the 2013 and onward.

The results for the 2013 survey (and future surveys) should normalize the results according to population size, and show per capita maps. They are much more illuminating. Compare: 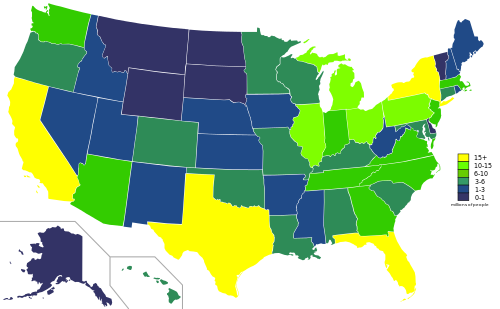 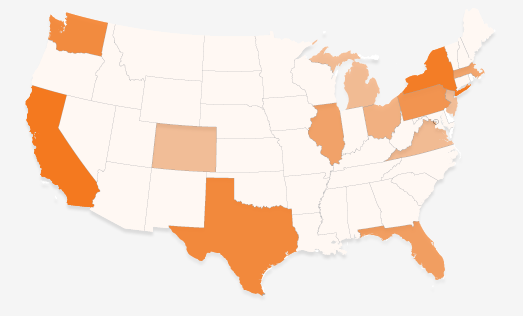 2012 SO developer location, per capita results: 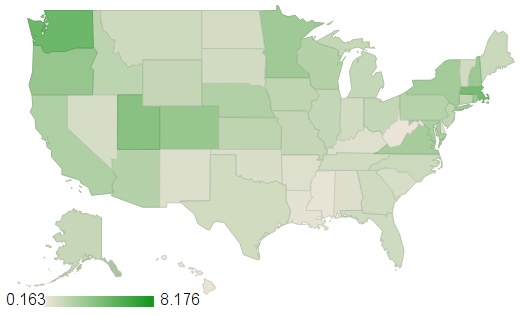 Note: all graphs copied from The user survey results show where developers live, but it's just a population map.

42
Suggest a question for the 2013 Stack Overflow User Survey
43
The user survey results show where developers live, but it's just a population map