I am not sure if this is possible but anyways here it is.

Currently the stackoverflow page looks like this. There is lot of unused space on the left and right 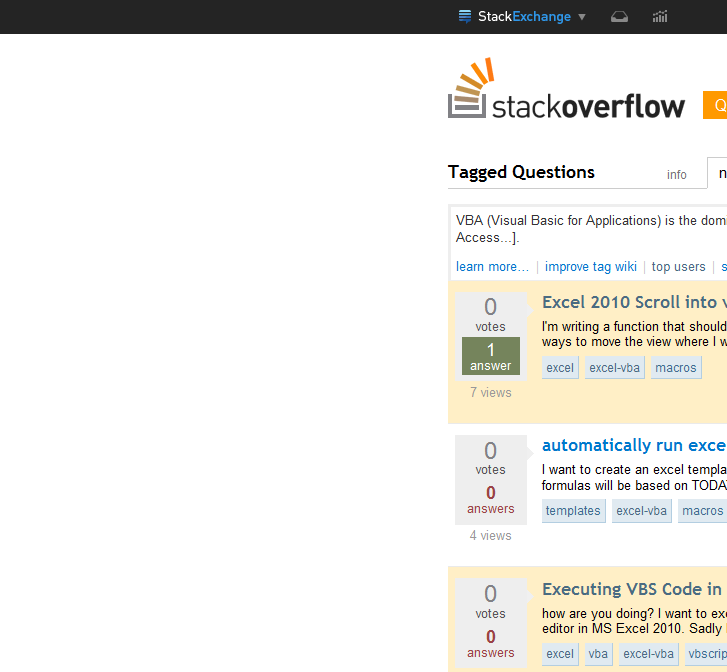 Is it possible to put something useful in that space? For example, I would love to see the top 5 series as shown in the screenshot below. 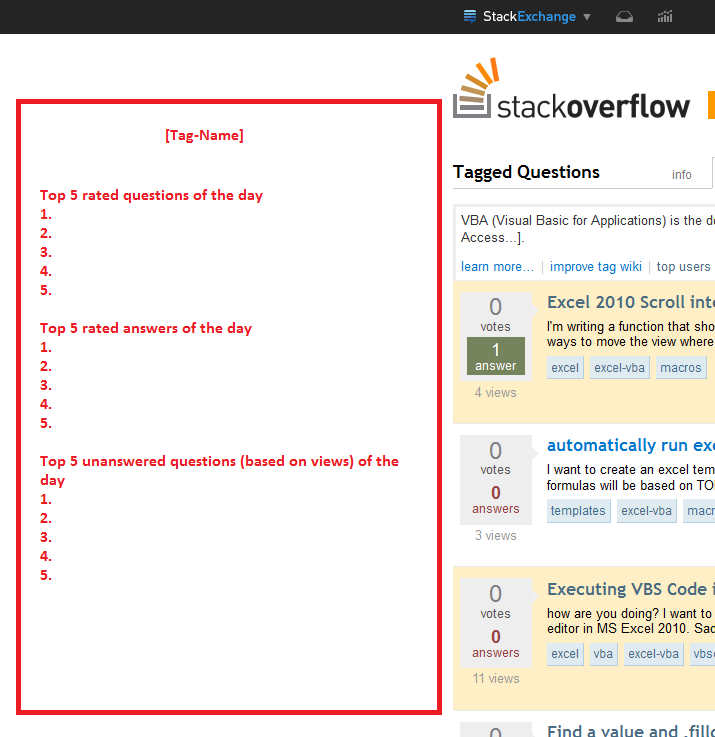 Alternatively we can have widgets so that users with higher resolution can opt in for them?

This is what my view of Stack Overflow looks like right now: 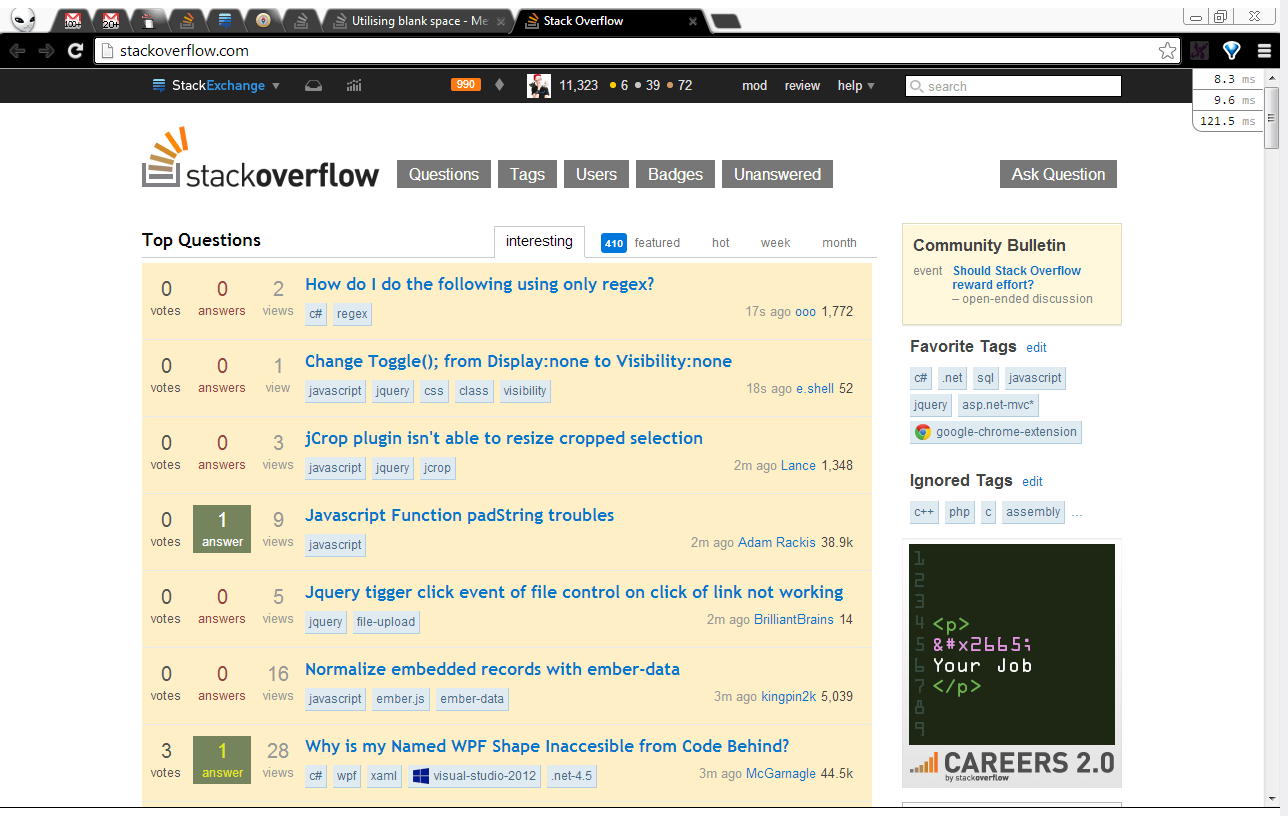 This is Chrome maximized on my laptop. Not much whitespace to work with at all.

Even if there were more space, I hesitate to put more and more information up. The focus of the page should be the questions. Add too much more on either side, and we'll end up too much like those other Q&A sites where it's hard to tell what is even happening.

As far as creating widgets goes, I don't hate the idea, but I also kinda like the relatively clean look we have now. On some devices I run with a higher resolution and more whitespace. On others, I'm really cramped for space. I think adding widgets would introduce more complexity and ultimately worse UX to the point where few would install them, in which case why are we even building them. :)

Granted, that's speculation. But considering how much work would have to go into adjusting the site design, defining which widgets would exist, building UI for managing them, etc. I'd like to be more sure that it's probably a good idea before we even start.

537
Recent Reputation History Changes
312
Operation 'Split, All The Metas!' Shall Commence On April 16, 2014
42
Request for feedback on widgets for Android app
257
Let’s improve our site navigation
2784
A Terms of Service update restricting companies that scrape your profile information without your permission
334
Brace yourselves: The GDPR is coming!
15
Helpful sidebar content is down below
2482
Firing mods and forced relicensing: is Stack Exchange still interested in cooperating with the community?
744
New Feature: Table Support