Defender of the Realm hat broken, or just badly worded?

Description of the hat unlock requirement:

Does "dismissed" mean something unusual here, or is this hat not unlocking properly? I'm not sure if that means "since winter bash started" or "since your account was created": if the former, I've flagged 8 items so far today, of which 6 were marked "helpful" (the other two are still active; none have been disputed or declined). If the latter, the flag page indicates I've flagged 391 items (plus 6 for spam), of which 1 was declined (which incidentally, I assume that was by accident, given that the question was closed soon after for the reason I flagged it for), 1 was disputed (that one was legitimate), and 21 are still open. That is definitely way under 20%.

So what's up with that unlock?

edit: it appears to be the case (further edit: this has now been confirmed first-hand) that this hat unlock disregards any flags that are the flag equivalent of voting to close. I put forth that if this is intended behavior, well, it shouldn't be (if it's to equalize the playing field for over-3k-rep people, it should just also count votes-to-close. Though granted, I suppose in the scheme of things it really doesn't matter much, as it'll all go away in a couple weeks anyway. But dang it, I want to show off all the flagging I do! :p)

The hat works just fine, at least for me. Do note that hats are applied in batches, it can take a few minutes.

The flags must be marked as helpful, and only new flags since the Winterbash started count. There is evidence that closing flags do not count either, see below.

Without being able to see your flags page, there isn't anything else anyone can say here; I've earned both the Defender and the Conspiracy Theorist hats today, so they do work. The Defender hat is, in fact, my personal favorite: 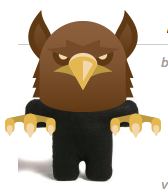 It appears that not all flags types count, however. Closing flags are the only flag type that users with 3k+ cannot cast (they vote instead), and they are probably not included for this and the Conspiracy Theorist hats. There are plenty of flag types that all users can cast, including Spam, Offensive, Low Quality, Not an Answer and Other.

Not the answer you're looking for? Browse other questions tagged support flags winter-bash-2013 .

95
Allow moderators to reverse and/or nullify flag decisions
100
What is the difference between disputed and declined flags?
194
Allow moderators to reply to a flag
165
Allow recovery from flag hellban
45
Why was my flag marked "scheduledtaskinvalidated"?
56
Hide "not an answer" and "very low quality" flags in the moderator flag queue
300
Add optional box for spam flags letting you say why you think it's spam
422
Can a machine be taught to flag spam automatically?