What happened to this user's rep, badges, and name?

But surely (s)he has much more than that. 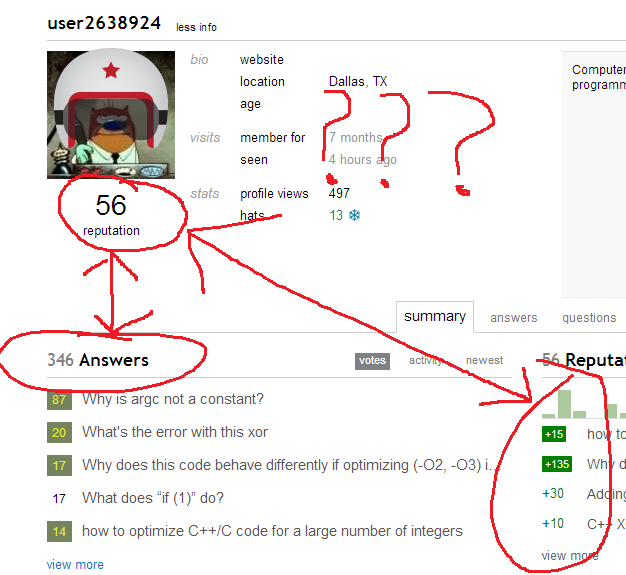 The user has also never given out any bounties. 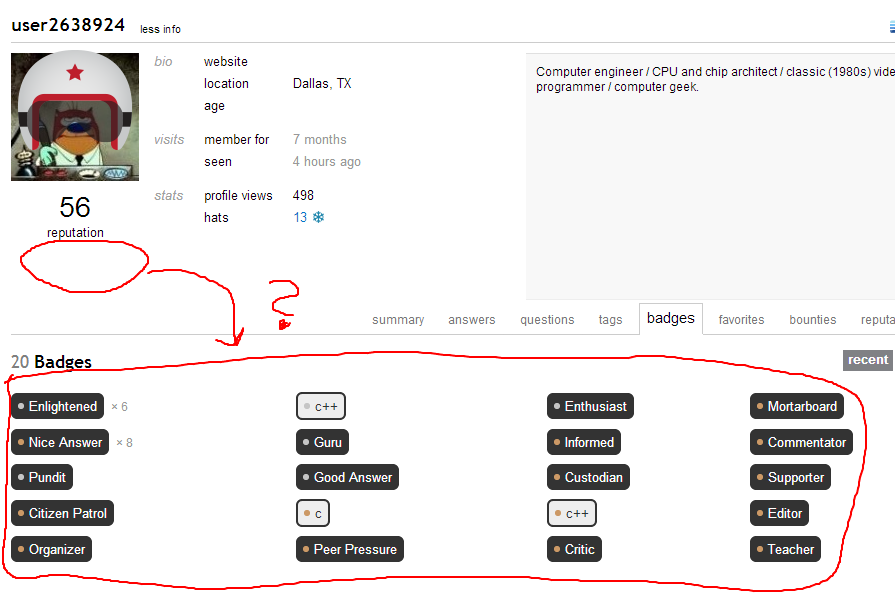 A fix or this was just deployed, sorry it took so long to track down. The root cause was review audits, the common pattern in these users was they were owners of a post used for a positive review audit in the first post review queue.

Down in the code was this:

The issue was that post.Owner is a Lazy load of a User via User.Get(int id), which is a Linq2SQL query. This means the loaded user is in the relational mapper so when sometimes a SubmitChanges() is later called for another reason (rotating a user cookie, etc.) they get saved. What do they get saved with? You guessed it! a random-ish low amount of rep and no badges.

The change is simple:

We have a few overloads for the Dapper-based Post.GetReadOnly(), the UserLoadMode.Owner of which will load the User object via a LEFT JOIN where the Linq2SQL mapper is unaware of it, preventing any mutation if a save is called later in the request.

There may be a few more comments added further down too...

Until this is fixed, I'll keep here a "log" of the victims, starting now. If anyone spot any other victims I miss don't hesitate to edit it in here as well, I've made it CW on purpose.

What they have in common? So far all I could see is that all victims have accounts on other Stack Exchange sites, most including account here on Meta and more than 1000 rep before the reset took place. (not all though) 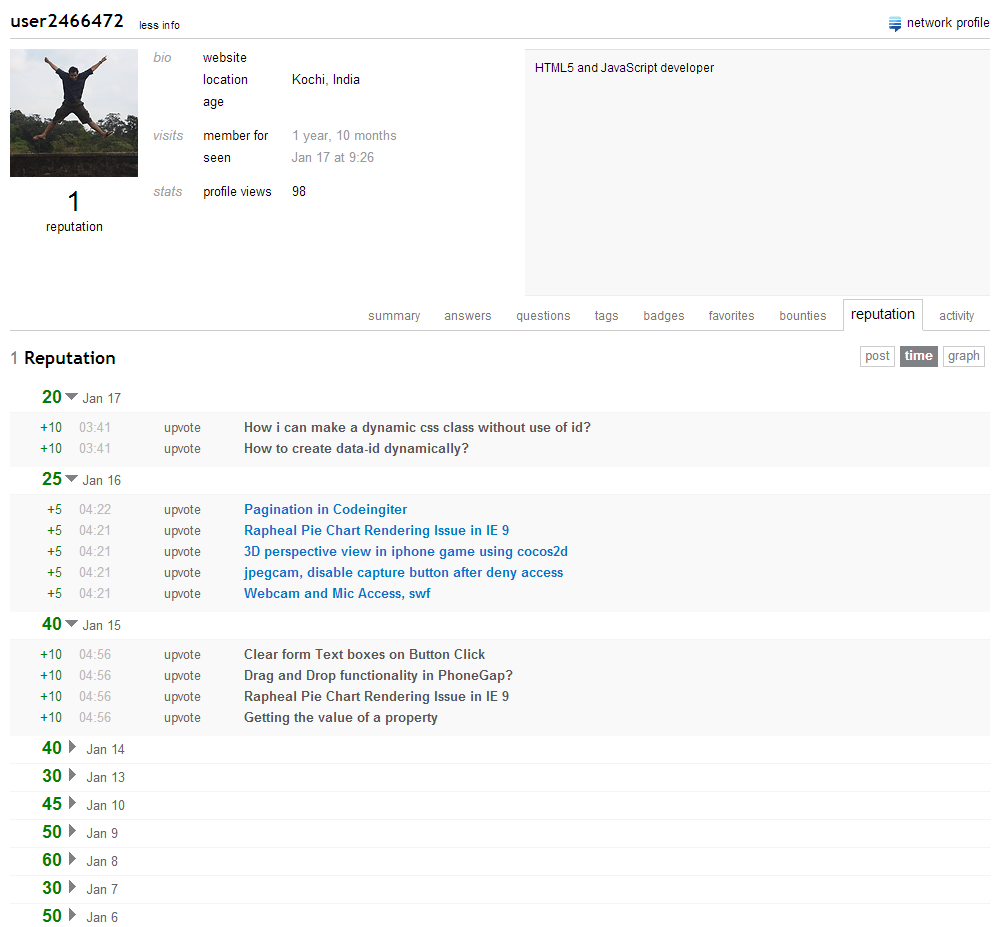 Fixed few hours after posted here, with no clear reason how

Not the answer you're looking for? Browse other questions tagged bug status-completed reputation badges display-names .

1210
Encouraging people to explain downvotes
574
How does "Reputation" work?
820
What are the badges I can earn on each site, and what are the exact criteria for earning each badge?
225
Why doesn't the Stack Overflow team fix the Firesheep style cookie theft?
417
Decision on rejected edits should be displayed as a notification to the editor
537
Recent Reputation History Changes
506
Implement ```-style (fenced) Markdown code blocks
188
Can we raise the bar for reputation for late answers to bypass the review queue?
718
Dear Stack Exchange: a statement and a letter from your moderators
580
We're switching to CommonMark