Can we have a Royal hat next year?

Getting my hat request in early. I noticed a distinct lack of any royal headgear this year. No crowns, no tiaras, nada. May I suggest a royal hat next year, perhaps this one, sported by Her Royal Highness Princess Beatrice Elizabeth Mary of York at the Royal Wedding? 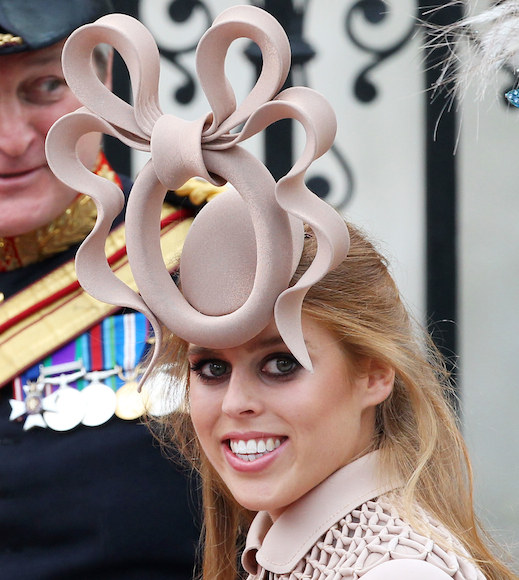 Since the hat was at first widely ridiculed, became a sensation in its own right, and was then sold at auction for £81k to raise money, perhaps on of the following situations could trigger it? 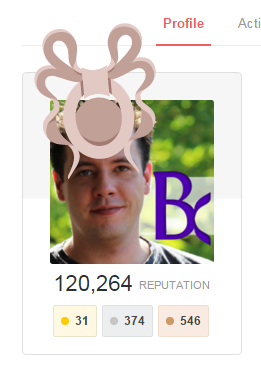 But, you'll probably see it unlocked by using the power that a monarch commands, which is broadly ceremonial. Maybe you'll have to grant a pardon, or give something a stay of execution. Or perhaps you'll have to 'knight' someone by being the vote that causes them to unlock a privilege.

There are many possibilities, but I think it would be a crime against humanity to not include such gaudyness in next year's hard-earned headgear.

Disclaimer: I know very little about monarchs, except that they're born in cocoons.

How about the royal hat goes to the people in the top 10 people of every week during winterbash?

<antiMonarchistRrant>since it's a royalist hat, how about you get it for being the spawn (AKA sock-puppet) of a 10K user</antiMonarchistRant> (Thanks Pëkka)

Not the answer you're looking for? Browse other questions tagged feature-request status-completed winter-bash hat-request .

2
What exactly is the Fan-hat-ic hat?
70
What should we consider for next year's Winter Bash?
364
Winter Bash 2015 Secret Hats
42
Is there a list of what each of the Winter Bash hats is named after?
22
Winter Bash 2017: When will it start this year?
29
What positive behavior is each hat encouraging?

850
Can we have the ability to retract a close vote before it closes?
263
"You have gained power. Here's how to use it." kind of message
308
Enable automatic deletion of old, unanswered, zero-score questions after a year?
114
Can we have click-to-close back, please?
26
Skippy Hat: Use Winterbash to encourage Skip
203
Winter Bash 2018 Hat list
188
Please don't refer to 2019 as 'a great year'
74
This star on the Warm Welcome hat looks like a communist symbol
223
Winter Bash 2020 hat list 👒 🎩
52
Can we get a <title> for the Hat Dash leaderboard?