I saw this question, and while I'm sure it was a real question (I don't know c#), had some dramatic emphasis every line. For example:

This appears to be impossible. And if I can't get around the catch, my Christmas will be ruined and I'll drink myself to death in a gutter while merry shoppers step over my slowly cooling body. Totes serious, you guys.

Instead of down voting, I elected to help by removing some of this unneeded drama. Within half an hour, my edits were rolled back for "vandalism." I soon realized that the 100+ upvotes were partially from the dramatism (when I read the comments). I don't have a problem with humor, or a personal touch, but I felt that this had gone too far (apparently I was wrong)- every other line had some weird joke.

To people from here who read the post, it could be entertaining, but people from search engines would probably leave in two minutes from all of the random, off-topic chaff, IMO.

My question: Is drama like this acceptable in Stack Overflow, and if so, why? Or was my edit just too much?

I mostly agree with you. Will's laying it on a bit thick here; that's his style. However, I only see two humorous pieces that are truly distracting:

And if I can't get around the catch, my Christmas will be ruined and I'll drink myself to death in a gutter while merry shoppers step over my slowly cooling body. Totes serious, you guys.

This is really unnecessary, and at best should be moved to the end of the question. This is just like putting "URGENT!" in your post, except it's kind of amusing and Will (presumably) knows that it doesn't have any effect.

(protip: make your worst enemies do this after crushing them and driving them before you but right before enjoying the lamentations of their women and children)

Okay, reading the logs is unpleasant. So what? This too could be removed without affecting the question at all.

The other little bits don't really add up to enough, to my mind, to dent the question's quality. It's a solid post, made by a competent individual.

I think your heart was in the right place here, but once in a while, a question or answer's popularity with the community outweighs our hatred of fun.

In this case, let it be, but don't be afraid to keep trying to edit out fluff.

Humor is okay. Distraction is not. The humor in this post is distracting.

As for using humor to game getting upvotes? I think that's a little problematic, but really only because the humor was distracting. The most upvoted question on serverfault has a clearly humorous and provocative title ("Something is burning in the server room, how can I quickly identify what it is?") but it's also... a really good question. I would argue that the popularity and irony derives from the fact that it's a really funny question despite perfectly fitting into SO guidelines and being a thoroughly good question.

This question from SO gave me my most upvoted answer. The question was contentious at the time but it stayed open and I feel for the same reasons: it's a completely funny question but a completely good one as well. Those get popular.

More generally this is just part of office humor in bureaucracies where people make jokes within the system. Like one time when my entire 200+ person floor ran over to look at a double rainbow, so the department manager created a project ticket for "looking at double rainbow" everyone could bill to. Yep, CTO saw that one at end of year when doing budgeting.

So my point is, yes, in some situations humor can be used to garner upvotes, and in those situations this is perfectly okay. And that has created some of SE's best, most famous and most popular questions. Which gets people on SE and teaches an ironic lesson in how to write a good question. This is perfectly okay, and if you figure out how to write one of those winners while creating a great SE question, by all means, post it. Just please don't ask a lot of bad questions with distracting content in the process, which I think is what this user did. And if you see distracting content in a post trying to be funny, edit it out.

I believe that the humour helped attract (market/advertise) the community to the post, which is part of the authors aim to increase the exposure of the issue to an many people as possible. If Will had not used humour I doubt as many people would have eyes on his problem because it's an extremely specific and technical issue.

A well written and timed question, shouldn't be edited if they have used humour, examples, screenshots, code example or any other method needed to explain a complex problem. Sure it's a moot point about some of the paragraphs, I agree, but overall the question include lots of good information required to help someone to provide an answer. I would be happy if more people took the time to write comprehensive questions with lots of details and use some personality.

We generally should not change the tone and style of a post. Of course everyone can edit any post, but we should respect the whishes of the original author unless there is a significant problem.

The post certainly has a certain amount of exaggeration, I would expect nothing less from Will. But I don't think the way it is written is severely harmful, so I think we should let it stay this way.

The authors of such posts have to live with the consequences of their style, though. Sometimes they are positive like in this case, but often they are negative. I would not change a post significantly in style if the author objects, but I would feel free to close if I think it is not viable in the original form.

The votes are almost certainly from some external source, any post with that amount of votes is either at the top of the hot questions list or linked on Hacker News, Reddit or a similar site. The votes are not important in this case.

Look, I know we hate fun. See, here's a funny picture that will be eventually edited out by some scofflaugh (yes, I just invented that word) 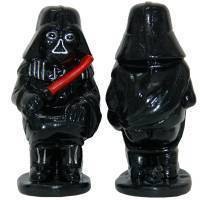 The subject of the question is obscure and boring as hell, and thus I knew it would, if written straight, get 2 upvotes and no traction at all. So I threw some spice in there. It also helped me convert the rage of half an iteration wasted on this obscure crap into a non-ranty question, which is also a Good Thing.

The question is entirely clear on what I am attempting to do and what I have tried. The humorous parts are in the presentation and two or three throwaway sentences.

Since I have posted this question, it has been edited a number of times to take out some, but not all humor. So I can't see the point of this at all.

Why edit out some of the humor but not all? Do you have a distraction gauge that is so finely tuned that you can remove humor, one word at a time, until it reaches the "Acceptable" level of humor? And who issued you this gague? Is that official StackOverflow gear? And, most annoyingly to me,

why are you wasting time editing well written, clear questions when there are tens of thousands of questions that could USE your help clarifying them???

The question is nowhere near the top on the list of questions needing editing. Seriously, your help is needed elsewhere.

Not the answer you're looking for? Browse other questions tagged discussion edits etiquette humor .

69
Why did Will resign from the Stack Overflow mod team?
5
Why was this comment flag declined?
8
question locked as I was writing comprehensive answer

594
Exit strategies for "chameleon questions"
408
Graduation, site closure, and a clearer outlook on the health of SE sites
418
Can a machine be taught to flag spam automatically?
378
Updating the Hot Network Questions List - now with a bit more network and a little less "hotness"!
360
Let's take a look at the interaction between staff and the "power users" of the network
281
An open letter on the state of curation and moderation
245
Why were the Code of Conduct changes received so negatively, and what can / could have been done to change that?
580
We're switching to CommonMark