Show the -100 for posting spam in reputation tab

What's wrong with the below picture? 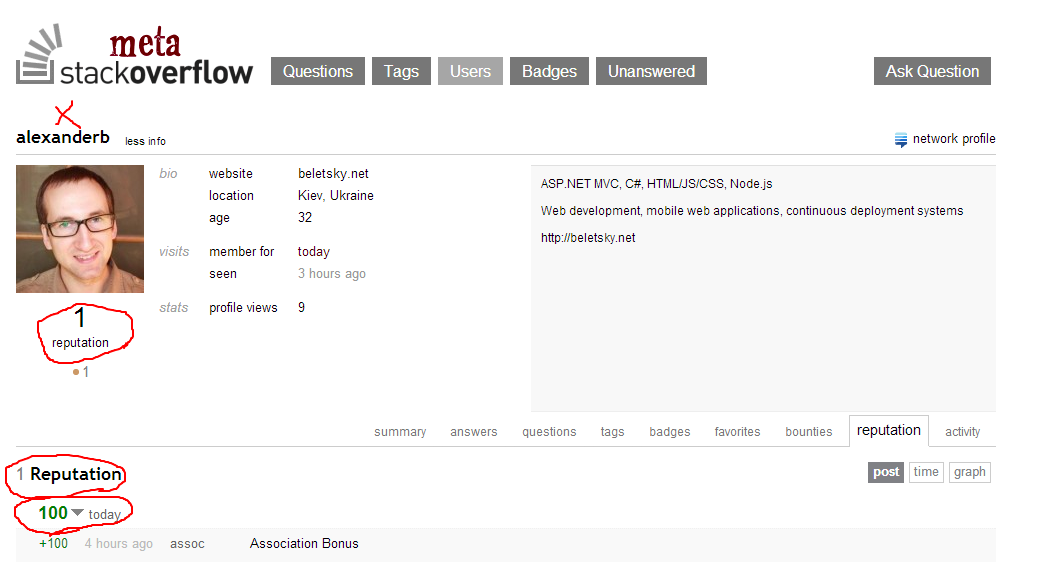 This is very confusing, only those who happened to see the spam in action (10k only) will know.

Can the -100 be visible in the user's reputation tab?

There are 2 sides to this coin:

If something had to get done, I'd be much more in favor of something similar to animuson's suggestion of an indicator that there are hidden reputation events, but even then, it doesn't seem necessary.

I'd also have less of an issue if the -100 would have a more innocent labeling than "SPAM post removed". But again, still doesn't seem like a huge need.

Note that this feature-request is the opposite of this bug report, where some "-100"'s were accidentally shown to other users.

I happen to agree with Nick's view that;

... we are giving users the benefit of the doubt that they can be better here as we always do - we feel hiding it from the world (but still visible to the user and moderators) is the correct approach.

I don't see why you need to see it, apart from seeing the numbers add up. We purposefully hide bad activity on users profiles, and this should continue to be the case in this circumstance.

Not the answer you're looking for? Browse other questions tagged feature-request spam reputation-history .

54
-100 Red Flag penalties are sometimes visible
8
Significantly upvoted posts, not suspended user, despite he has only 1 reputation

989
Show all of my question/answers to me even if they are deleted
1240
Don't throw away all votes when a user is deleted
203
More descriptive "User was removed" explanation
289
Let's stop displaying a user's accept rate
299
Add optional box for spam flags letting you say why you think it's spam
188
Can we raise the bar for reputation for late answers to bypass the review queue?
2784
A Terms of Service update restricting companies that scrape your profile information without your permission
418
Can a machine be taught to flag spam automatically?
24
-100 rep penalty effectiveness for spam?