Is it fair to penalize those who flag when their flag was accurate at the time of submission?

Questions asking us to recommend or find a tool, library or favorite off-site resource are off-topic for Stack Overflow as they tend to attract opinionated answers and spam. Instead, describe the problem and what has been done so far to solve it.

If you look at the edit history, shown below, I interpreted the original post's title and body to mean that they were asking for another utility, like SlowCheetah, which is why I flagged it with the rule I stated above. In addition, I try to do my best to also inform the user that their post does not meet the standards of the site by leaving a comment as you can see on the post. The poster acknowledged the feedback and updated their question, rendering my flag now invalid.

Ultimately, my flag was declined, which harms me because as we all know declined flags work against a SO user's total flag count:

How many flags do I have?

I only have 8 declined flags, and IIRC, 4 of those are because of situations just like this. So is it fair to negatively affect a member's total flag count, when the flag at the time of submission was accurate? As such, I propose a new flag status like "Inapplicable', which when used does not affect total flag count, or something similar to this, so that situations like this do not negatively affect a user's flag count. I understand I still have to have faith that a reviewer or moderator will see the post for what it was at the time the flag was submitted, but at least by adding this option, you provide reviewers and moderator's a means to take action in a fair manner.

I want to continue flagging questions and helping posters as much as I can, I just don't think it's fair to members that spend a lot of time flagging and helping members, to risk reducing their flag count just because of a shortfall of the system and because, let's be honest here, not all moderator's can act at the same level of objectivity, we all have differing viewpoints and interpretations. I suppose this bothers me more than other issues I've come across on the site because I flag posts to help keep the site focused and free of poor posts and yet receive no reputation for these types of efforts. The only positive thing you can reap are a few badges, <sarcasm>yay!</sarcasm> or a negatively impacted flag count. Just doesn't seem fair IMHO when my affects contribute to increasing the quality of posts which is just as important as contributing a quality answer IMO.

And to add, this isn't the first time this has happened to me and many other members of the site. And yet, nothing has been done about it. Perhaps as a community we start spending a little bit more time little details like this to help keep people feeling positive about their efforts, especially those that aren't measured by reputation.

Thank you for your time, 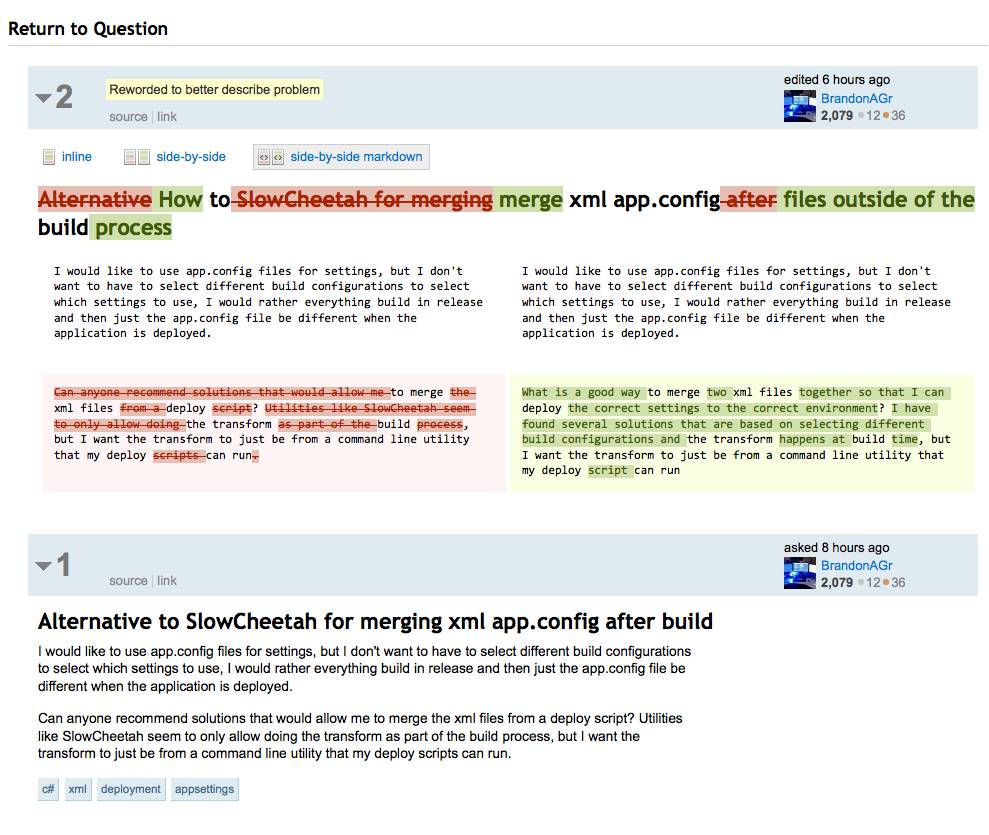 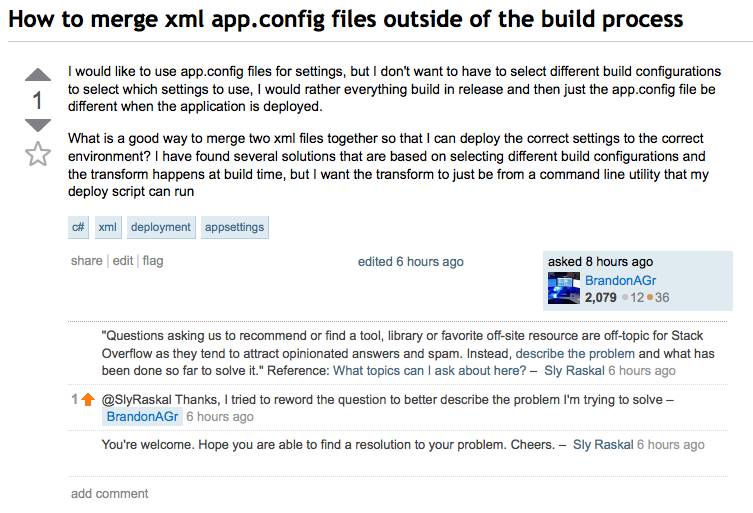 One option here would be to mark these flags as disputed rather than declined. This is what we do for Very Low Quality flags that are processed via /review rather than by a moderator, and for exactly this reason.

That said, disputed flags can be as irritating as declined, so while this might be worth doing for consistency's sake, I don't know that it would help folks like yourself feel any better about the results of your efforts.

There's another perspective you could take on this: if the question was fixed so easily, perhaps you should've just edited it yourself rather than flagging it. This is a judgement call, of course: many questions like this aren't worth fixing, or would require entirely too much effort to do so. But if the fix is obvious, then perhaps just do it and save the flag for one less likely to be salvageable.

Declined flags just don't matter that much, and this situation is sufficiently infrequent as to not be worth the requested feature.

There is no flag weight. It was removed as a site feature quite some time ago. Flag status are nothing more than feedback for you to help you understand if you are flagging correctly. If you know that your flag was correct, having it technically marked as declined isn't a problem.

Not the answer you're looking for? Browse other questions tagged discussion feature-request flags declined-flags .

2
Why should a flag be declined if it was correct at the time?
464
Cancel misclicked flags
394
What is a disputed flag?
9
Why was this Very low quality flag disputed?

1495
Fastest Gun in the West Problem
1252
Don't throw away all votes when a user is deleted
540
The current review system encourages fake reviews; some people upvote everything rather than actually fixing problems
730
Your answer is in another castle: when is an answer not an answer?
300
Add optional box for spam flags letting you say why you think it's spam
2793
A Terms of Service update restricting companies that scrape your profile information without your permission
422
Can a machine be taught to flag spam automatically?
2511
Firing mods and forced relicensing: is Stack Exchange still interested in cooperating with the community?
500
Thank you, Geoff