When looking at this question and scrolled down the codeblock I saw this: 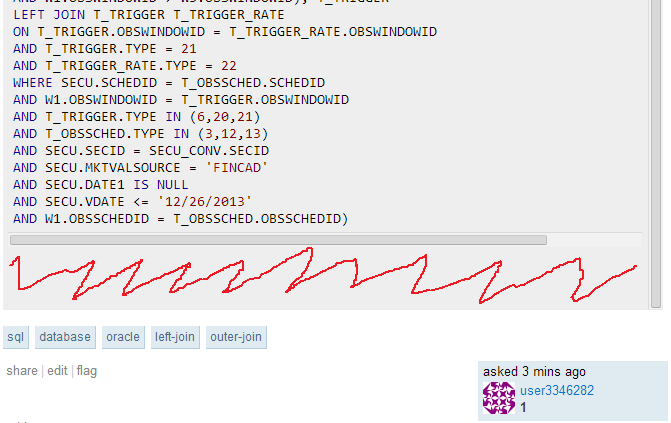 Under the horizontal scroll bar there is a blank area still in the codeblock. I have never seen this before so I thought it might be a bug?

I just noticed that the question was edited and it is normal again now but I would still like to know if this is a common thing or not.

bug markdown code-block pre
share|improve this question
edited May 23 '17 at 12:36

It seems to be a bug in the way the Markdown parser handles code that is both indented and wrapped in <pre> tags.

Specifically, the source for the original version of the question looks like this:

This really confuses the Markdown parser and causes it to emit totally screwed up HTML with two nested <pre> tags:

You may also notice a bunch of <p> tags nested inside the outer <pre>, which is also a big no-no.

In fact, trying to validate the resulting HTML reveals that it's even more broken than the Chrome developer tools show, with a whole bunch of mismatched open / close tag pairs: 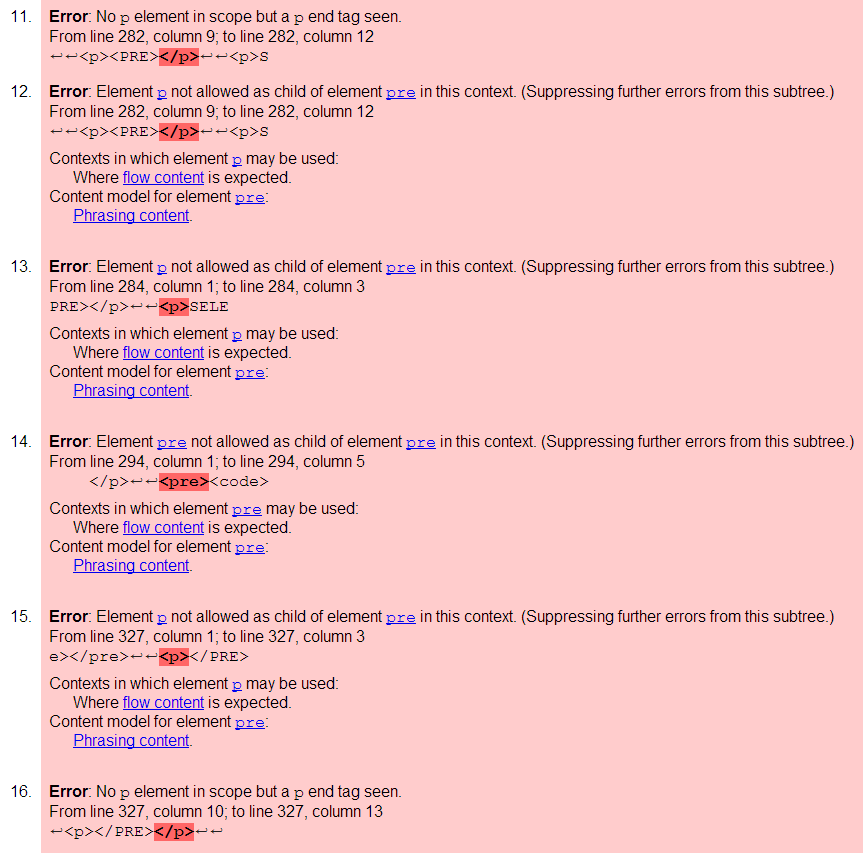 The actual HTML code generated by the Markdown parser looks like this:

Basically, it appears that the indented code block is parsed normally, while the literal <pre> tags are simply passed straight to the HTML output with no regard for document structure.

IMO, the right way to fix this would be to turn off all Markdown paragraph / linebreak / list / code block parsing for any content between <pre> and </pre> tags. Basically, the only processing done to the literal text between those tags should be to filter out non-whitelisted HTML tags.

Ps. Yes, the SE Markdown parser should be able to do this, since it already disables several other kinds of Markdown syntax inside <pre> tags; for example, the code:

Edit: It also turns out that, for some reason, the Markdown parser is treating <pre> and <PRE> differently:

Presumably, somewhere in the parser there's a case-sensitive check for "pre" that should really be case-insensitive.

However, simply changing the <PRE> tags in the linked post to lowercase doesn't fix it — it just makes it break in a different way, with the content being dumped into the output completely unformatted. Clearly, there's more to this bug than just that.

Not the answer you're looking for? Browse other questions tagged bug markdown code-block pre .