Do "too broad" questions become less broad after an acceptable answer is given? 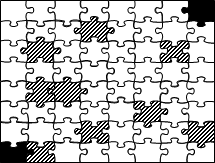 913
Why aren't people voting for questions?
594
Exit strategies for "chameleon questions"
258
Closing changes: [on hold], unclear, too broad, opinion-based, off-topic reasons, bye-bye to Too Localized
435
Should Stack Exchange in general be awarding "A"s for Effort?
718
Your answer is in another castle: when is an answer not an answer?
827
Net Neutrality and Stack Overflow / Stack Exchange
378
Updating the Hot Network Questions List - now with a bit more network and a little less "hotness"!
2482
Firing mods and forced relicensing: is Stack Exchange still interested in cooperating with the community?
2223
Stack Overflow is doing me ongoing harm; it's time to fix it!