All internal links on Stack Exchange sites should be protocol-relative

I've posted this feature request with the intent to provide a single central place for tracking these issues, rather than having them scattered across multiple meta threads. If you find more places on SE where protocol-relative links should be used, please report them below.

I fully expect this request, in its full sense, to be treated as status-deferred for the time being; however, these issues do need to be fixed at some point before our HTTPS support is ready for "prime time".

Ps. Yes, the next release of SOUP (v1.10) is going to include a general client-side fix for most of these issues. In the mean time, the HTTPS Everywhere plugin effectively provides the same functionality, and much more besides.

So I'm going to status-declined this, but for good reason: we're making everything HTTPS this month. You can read more about it here: Network-wide HTTPS: It's time

Links to other Stack Exchange sites in Site Switcher is protocol-relative when we are on a particular SE site or on MSE. But when we are specifically on https://stackexchange.com/ the site switcher links to the http version of all the sites. The links over there should also be protocol relative. 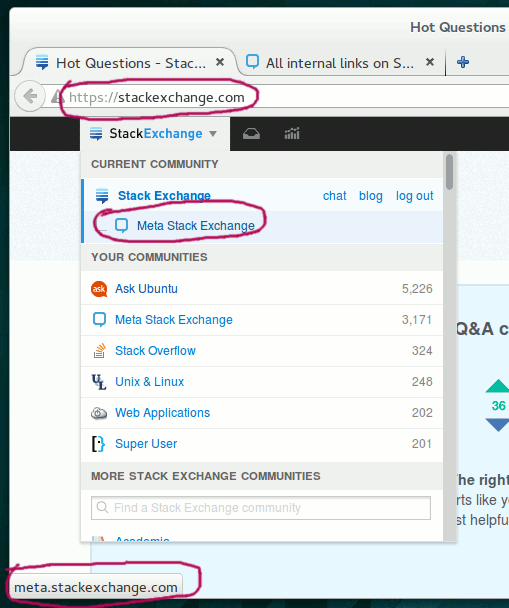 As planned, version 1.10 of the Stack Overflow Unofficial Patch now contains a client-side implementation of this feature.

Specifically, it works by finding all links on the page that use the http: protocol and point to a Stack Exchange site, and rewriting them to use https: instead.

Some notes about the implementation:

In general, this feature of SOUP should not be considered an adequate replacement for HTTPS Everywhere; even with the URL rewrites, it's still all too easy to accidentally switch from HTTPS to plain insecure HTTP. Still, if you just want to occasionally try using Stack Exchange over HTTPS (e.g. to see how well / badly it works), this fix does make it a lot easier to stay in HTTPS mode.

Note (December 2015): As of SOUP v1.42, this fix is no longer applied to links to per-site metas (meta.*.stackechange.com), since, alas, those don't currently work over HTTPS. Hopefully, we'll eventually get proper support for HTTPS on meta sites again, but until then, this part of the fix was doing more harm than good.

Extract from the end of "Related" and start of "Hot Network Qs":

Only the "Hot Network Questions" link itself (in the H4) is protocol-relative. The actual question links are explicitly HTTP.

Interestingly, the related-question links seem to be explicitly HTTPS! 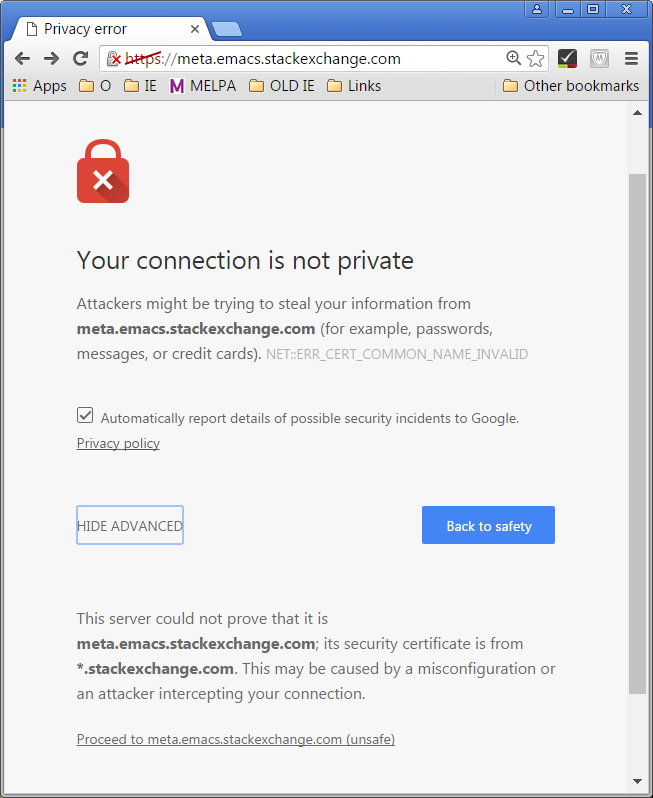 Not the answer you're looking for? Browse other questions tagged feature-request status-declined user-interface hyperlinks ssl .

419
Decision on rejected edits should be displayed as a notification to the editor
315
Build and strengthen the Stack Exchange community with "crossover questions" between sites
60
Make all i.stack.imgur.com links protocol-relative
26
Permalink short URLs lose HTTPS
1
The linked content on chat servers isn't protocol relative
94
Can we have a guaranteed pipeline for responses from Stack Exchange?
26
Protocol-relative and relative URLs should be considered "Linked"
461
Network-wide HTTPS: It's time
324
TLS 1.0 and TLS 1.1 removal for Stack Exchange services