This question showed up in the close review queue for C++: 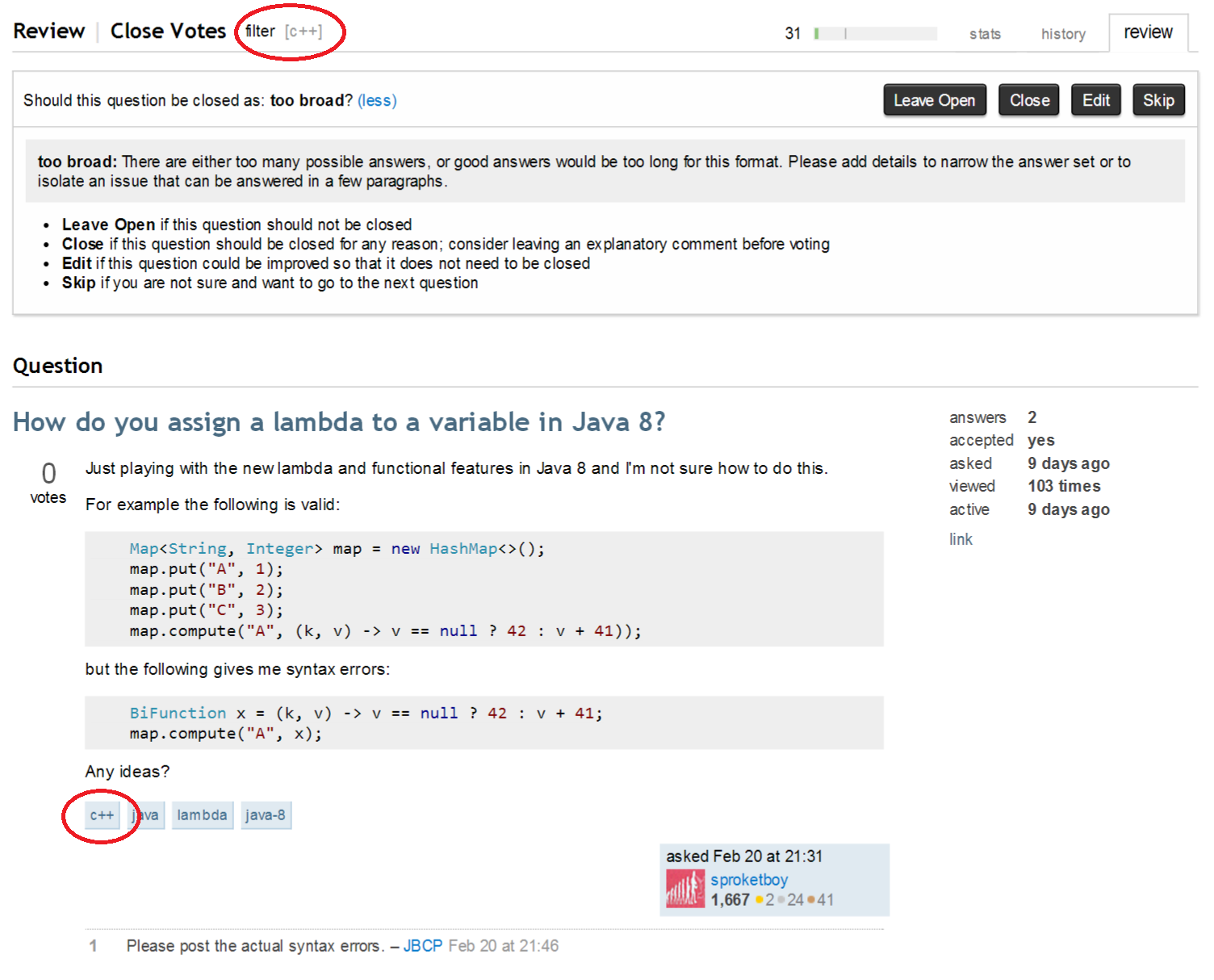 I was leaving a comment as to the inappropriateness of the c++ tag for this question, when I went to the question and found this: 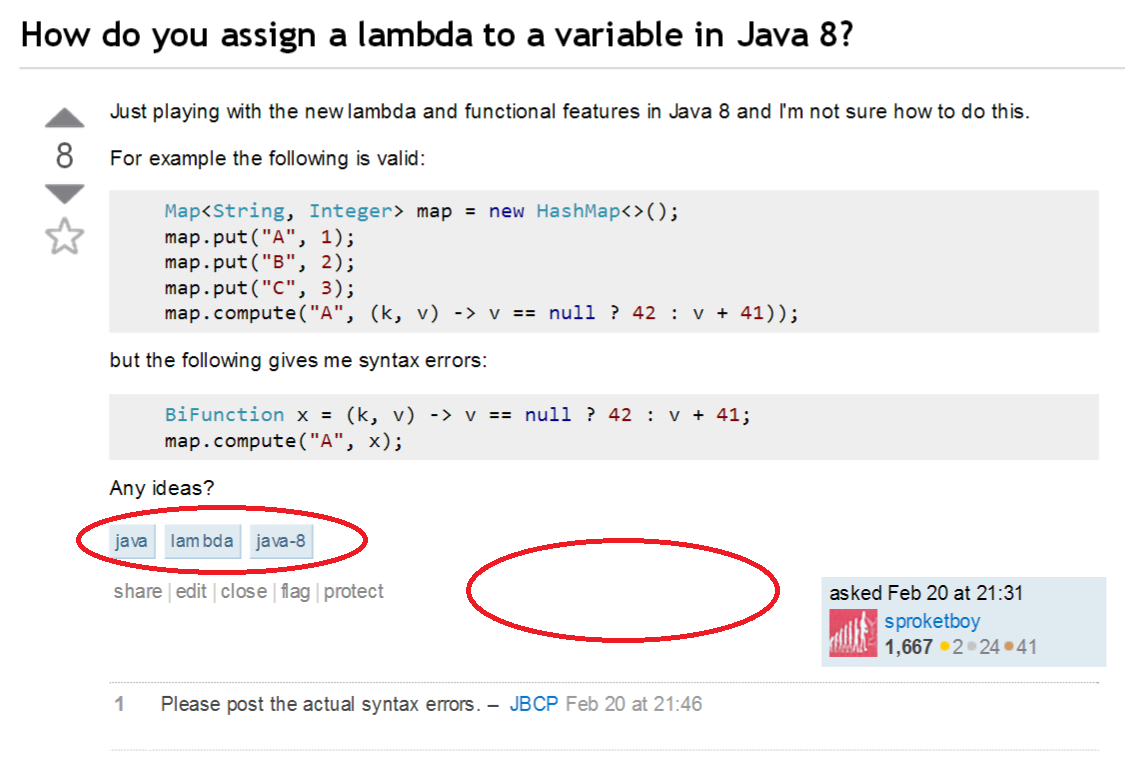 The question does not have the c++ tag, and has never been revised. Surely any ninja revision would be over a week old, far too old to influence the close queue filtering.

Diamond mod Oded was able to confirm that the honeypot messes with tags sometimes.

That's bad, because it messes with the quality of the question and you can no longer make a judgement about the user's reaction when you show them an alternate version of the question. In this case I was leaving a negative comment using the review queue, and it did show up on the real question! Of course I deleted it because I realized that it wasn't deserved, but if I was only paying enough attention to decide the question was ok (I do know enough Java for that), then I might not have visited the question.

If you're going to make a fake version of a question to show the reviewer, then review actions including commenting need to be disassociated from the real question. In order to not discard useful comments, you may need to drop the facade if the reviewer tries to leave a comment, and send them to the real question to decide whether it still applies.

Related but different: Close vote review queue tag filter broken? (different because there the system recognized that the tag wasn't present, and passed it through the filter anyway)

Edit: Neither of the linked questions, or answers, address comments left on faked answers via the review audit system. There's a solitary comment that mentions the issue, but nothing is resolved, since it isn't answered. This bug report is separate from those two.

This is not a bug.

It is a test. To see if you are paying attention... which you were.

We need these, as not everyone is diligent in the pursuit of badges - robo reviewers have been and still are a problem that audits are there to help with.

We will sometimes add a tag to a review audit on a filtered queue - to ensure that the tag is there (and not tip our hands too early that it is an audit), as selection of a good audit question doesn't guarantee it will fit the filter.

Not the answer you're looking for? Browse other questions tagged bug tags comments review .

363
What are review tests (audits) and how do they work?
64
Why are comments now disabled on the review queue?
16
The close dialog says there are two off-topic votes, but none of the off-topic reasons have votes next to them
30
Audits bug in the filtered review queue
7
Close vote review queue tag filter broken?
4
Fake the filtered close reason in review audits