A user for whom I answered a question (I just looked at their profile for curiosity) earned 135 rep on 1 March 2014 from serial upvoting, which was reversed the day after. OK.

According to this accepted answer, a reversal triggers a reputation recalculation.

My question is, why does the user still seem to have gained that 135 rep on the Reputation graph?

It should be zero. Are the graphs static and not included in the reputation recalculation? If not, I think they should be - if it is possible, of course.

support serial-voting reputation-recalc
Share
Improve this question
edited May 23 '17 at 12:36

Days during which a user loses more reputation than they gain are shown as zero reputation on the graph on the user summary page. You can even see this on your own profile.

As you can see on the detailed reputation page, the serial upvoting occurred on march first, but the reversal didn't occur until march second at 3:00:

The graph on the user's Summary page is meant to show a pattern of activity... how active the user is on the site over a period of time. It is similar to this graph (volume of Google stock shares traded):

Note that we have no interest in the direction that shares were traded, but merely how many shares changed hands. The graph itself is by no means accurate, but merely shows a visual trend.

If you want an accurate graph, you have to go here: 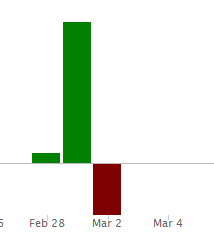 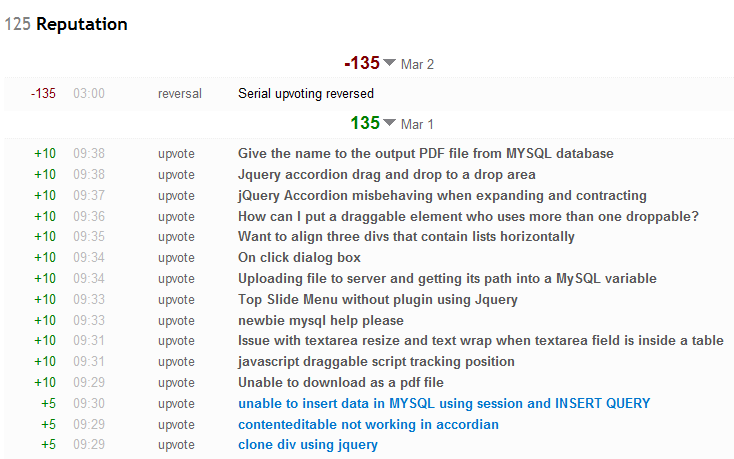 Not the answer you're looking for? Browse other questions tagged support serial-voting reputation-recalc .

572
What is serial voting and how does it affect me?