Did You Know... that 10k users can see deleted comments? 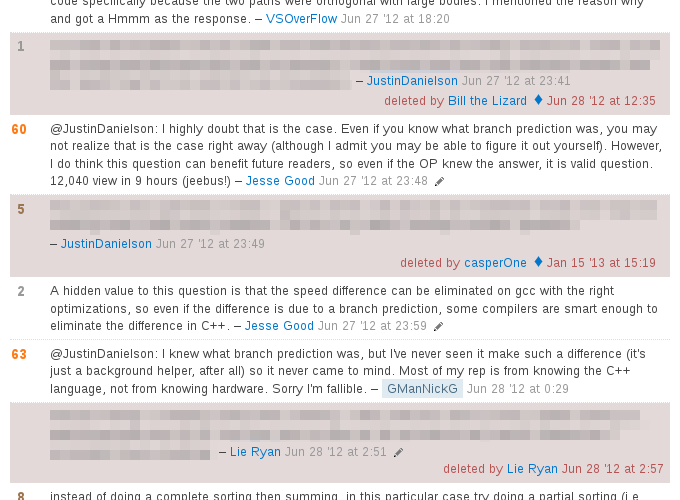 Not anymore. This option has been locked down to moderators only.

516
How does deleting work? What can cause a post to be deleted, and what does that actually mean? What are the criteria for deletion?
44
Please allow me to wear my hat upside down
47
Let us view our deleted comments
20
Do 10k users get to read deleted comments?
37
Can *too* upvote comments under an election nomination
7
Does Stack Exchange or its subsidiaries keep any records on how often a user has been banned or warned by a moderator?
13
Why was one Informed badge awarded here on Meta?
4
Why can only mods see deleted comments?
-1
Reputation Spectrum Difference between users with high reputation and moderators?

60
Why should 10k rep users view self-deleted answers?
1002
Show all of my question/answers to me even if they are deleted
40
Allow moderators to see deleted comments
52
Restore the 10k ability to see all closed/deleted posts in a list
109
Roll out 10k tools gradually between 3k and 10k reputation for users who have shown interest in helping the site
186
Can we get a comments only lock?
22
10k users cannot see independently-deleted answers on their own deleted questions
130
Let's get rid of the 10K flag queue