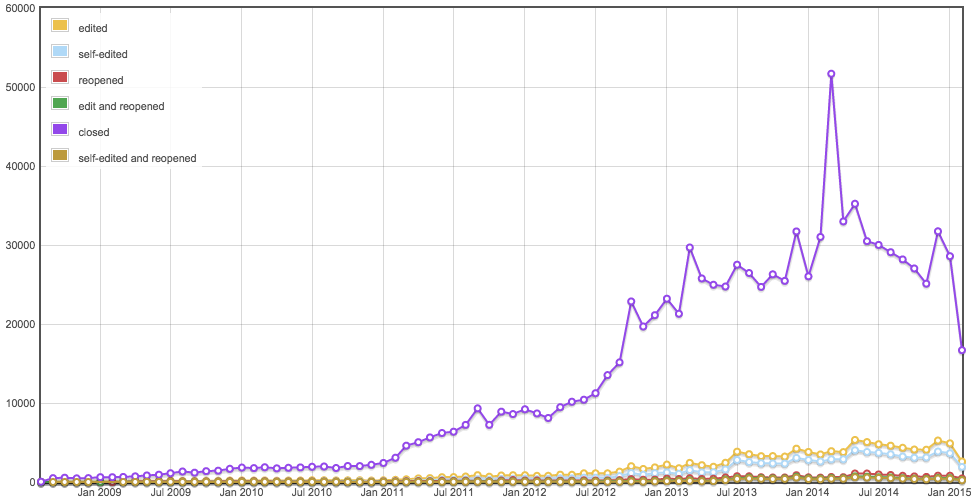 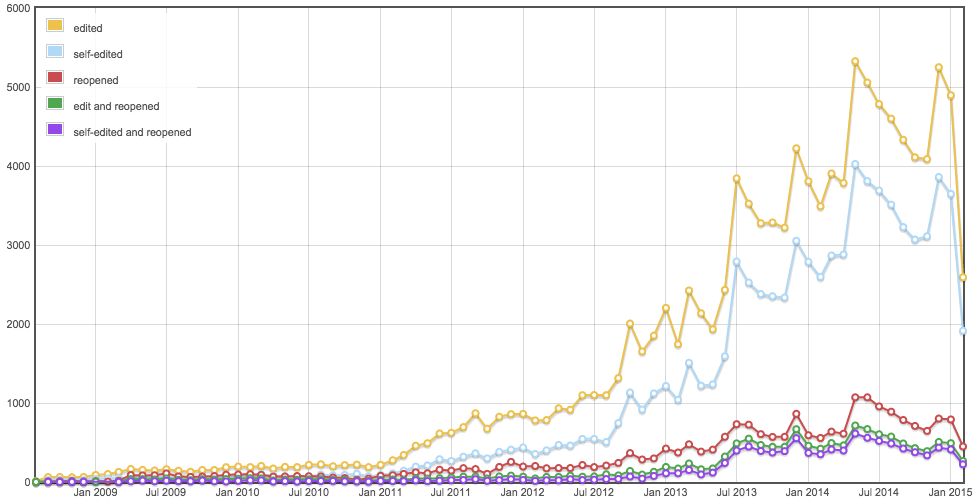 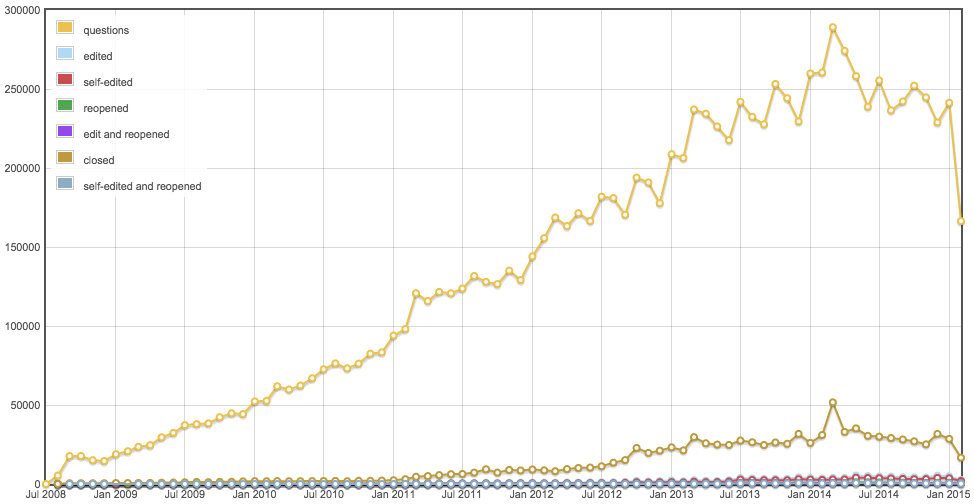 185
Every "close" has its thorn: replace "close" with "on hold" for the first five days
9
Shouldn't the closed-as-duplicate banner update when the title of the target changes?

185
Every "close" has its thorn: replace "close" with "on hold" for the first five days
258
Closing changes: [on hold], unclear, too broad, opinion-based, off-topic reasons, bye-bye to Too Localized
33
Nudge users to fix their closed questions themselves before calling others to reopen it
409
Graduation, site closure, and a clearer outlook on the health of SE sites
379
Updating the Hot Network Questions List - now with a bit more network and a little less "hotness"!
2502
Firing mods and forced relicensing: is Stack Exchange still interested in cooperating with the community?
309
Goodbye, Prettify. Hello highlight.js! Swapping out our Syntax Highlighter
139
"Question closed" notifications experiment results and graduation
188
Testing three-vote close and reopen on 13 network sites