Why no Community Promotion Ads for Stack Overflow?

I recently made a post on PPCG Meta about creating ads for our site. I was thinking that they could be posted on the community ads post on Stack Overflow.

However, MSO has an "Open Source Advertising" feature, and no "Community Promotion Ads"! 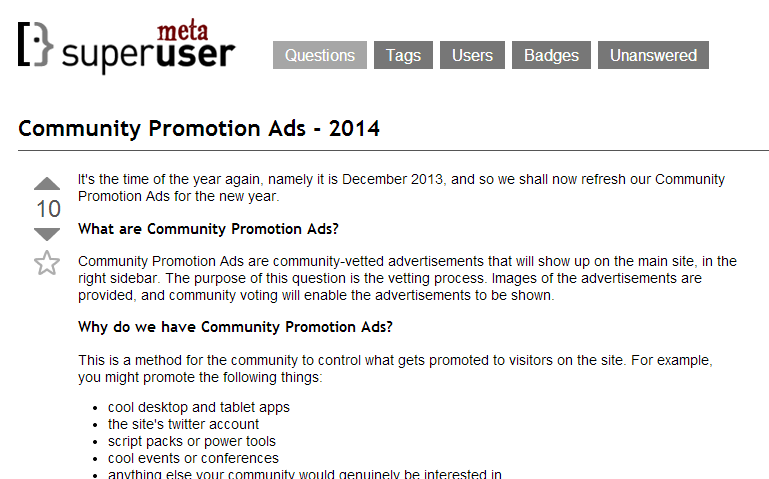 And here is MSO: 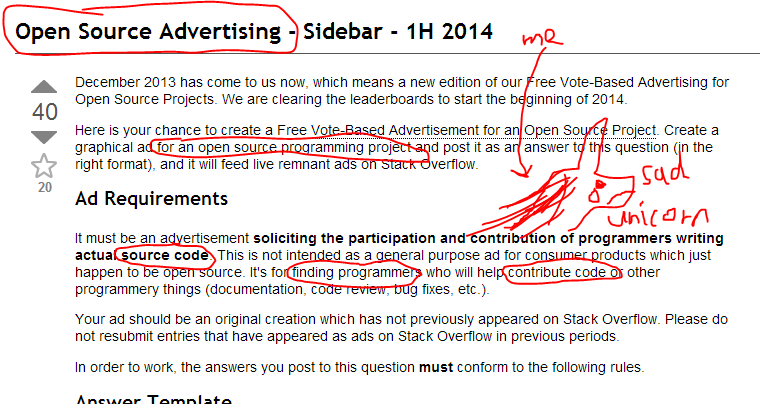 I could still post PPCG ads on other programming/code related sites, but SO has the most traffic and it has the community that would probably be the most interested in this.

So, the request: could the scope of the community ads on SO be extended to include anything the SO community would be interested in, just like all the other SE sites?

The "Community Promotion Ads" were actually born out of the "Open Source" initiative started on Stack Overflow. So Stack Overflow had the community-driven ads first.

It was the early success and overall good will of the Open Source project that made us think that, perhaps, other communities would appreciate having this feature, too. So the two programs are essentially one and the same, except that the other sites don't have the same sense-of-purpose for those ads as Stack Overflow (I wish they did, actually… but we're not there, yet).

So why doesn't Stack Overflow just include general Community Promotion Ads in the mix?

The Open Source advertising initiative is such a successful program. We have allocated, essentially, a block of "free" advertising to this effort. I'd hate to lose that focus by opening that space up to a bunch of other things people might like to advertise. I can appreciate that you want to promote other sites and a plethora of other things here. But there are so many open source project needing our help. I'd hate to lose that focus by diluting that space with other promotions.

Not the answer you're looking for? Browse other questions tagged discussion feature-request advertising open-source-advertising .

15
What can be done to promote beta sites?
16
Is there a formal process for submitting Community Ads?