Why do unicorn-related posts have so many upvotes? [duplicate]

Why are there so many upvotes and reputation for any unicorn-related post?
I just cannot understand it.

Unicorns where among the founders of this site. Without them there would be a different site, probably one using an hyphen. But luckily they where at the right time and place and made a difference.

So posts on unicorns honour them and by upvoting them, you sacrifice some of your daily voting capability in mere glory of the unicorn.

It's either that, or that unicorns are a meme used often so it strengthens the community bond. Just like free hand circles, but they are less cute.

Just look at its majesty! 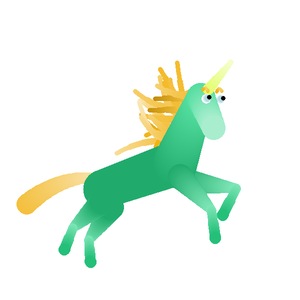 That questions have so many upvotes because so many people have clicked up-arrow while browsing them. It's a technical explanation.

Why people were so eager to click that button, it's more a psychological issue. I think they've expected some easter egg after reaching the daily vote limit (maybe up-arrow changing into unicorn horn).

Another explanation is, people were more bored yeasteday, because they didn't dare to ask their bosses what should they do next and they were out of tasks....

Not the answer you're looking for? Browse other questions tagged discussion up-votes unicorns .

866
The Many Memes of Meta
-6
Who is behind the unicorn-pony mystery?

1154
Are there any clones/alternatives for running a Stack Exchange style Q&A site?
924
Why aren't people voting for questions?
1494
Fastest Gun in the West Problem
1843
Could we please be a bit nicer to new users?
2793
A Terms of Service update restricting companies that scrape your profile information without your permission
829
Net Neutrality and Stack Overflow / Stack Exchange
2507
Firing mods and forced relicensing: is Stack Exchange still interested in cooperating with the community?
2258
Stack Overflow is doing me ongoing harm; it's time to fix it!
985
Firing Community Managers: Stack Exchange is not interested in cooperating with the community, is it?