How are sites sorted in the all sites in the Stack Exchange Android app? 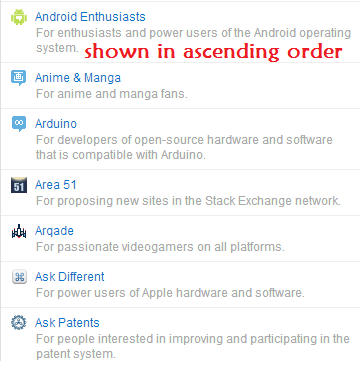 Whereas in the Stack Exchange Android app, it is not sorted in ascending order.

First I thought it was sorted based on "live" and "beta" sites. But after scrolling down I found a few more "live" sites are in between the "beta" sites.

Here is a screenshot from the app. 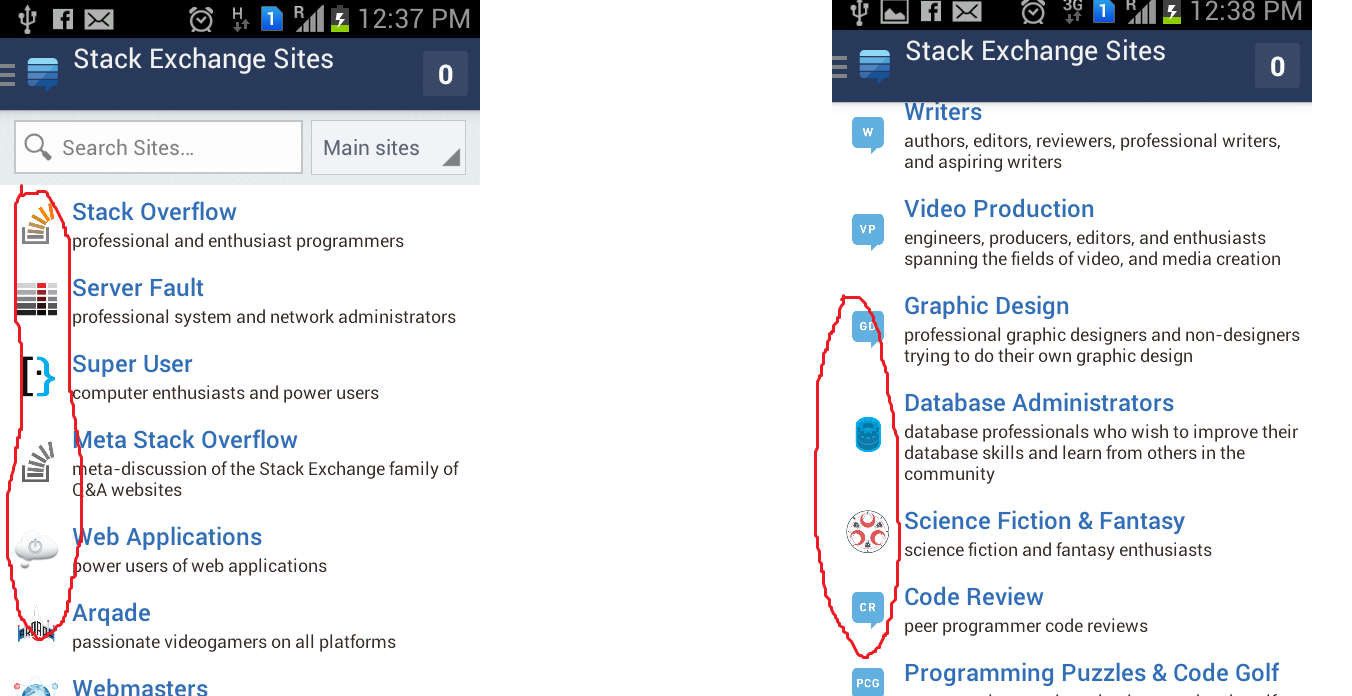 While writing this question I found the sort pattern is quite similar as of in all sites in Stack Exchange. But this doesn't make any sense in app.

Can we follow a common sorting approach in both site and app?

The sites are currently displayed in the default order from the API call which is by site id.

It might make more sense to display them in alphabetic order like the websites. However I personally think searching on mobile devices is a bit more bothersome than searching on computers, so it might be better to leave it as is so that the most-used (AKA oldest) sites are higher up in the list before someone searches.

The ordering preferences of "Your sites" left menu list on the app is saved as a number (the order that you have) concatenated with the name of the site, for example "1_meta", "0_stackoverflow" or "12_meta.gaming". The lowest order number is 0.

The problem only happens when you have more than 10 sites.

The answer was posted in a different question on this site “Your Sites” in Android left sidebar shown in unpredictable order, in this answer and it's a bug. Here's the full answer:

Andrew's description was right on the nose. When preferences are saved, they are stored in a HashSet<String> (who knows why?) which would look something like this:

A naïve Collections.sort was applied which gets us the incorrect ordering:

Now instead I'm breaking the list into (int, String) pair, sorting by the index, and returning the name:

Not the answer you're looking for? Browse other questions tagged discussion android-app sorting .