The entire answer is moving when hovering the bounty button

It's just a minor CSS issue. See the following gif:

This has been resolved as part of design overhaul MSE went through not long ago. Now both normal and hovered states have blue square background of the same size, as it should be.

Looks like the problem is that there class .bounty-vote-off, which is used to style the un-awarded bounty button when you're not hovering the cursor over it, has an extra padding: 2px 4px 3px style that doesn't match the padding: 0.2em 0.5em style for the .bounty-award class.

Simply removing the padding style from .bounty-vote-off should fix this bug.

Ps. I'm pretty sure this also affects several other SE sites besides MSE, including (at least) the recently graduated Academia.SE and graphicdesign.SE.

Actually, the real cause of this bug seems to be that the bounty icon styling on this site (and on Academia / Graphic Design / etc.) is a Frankenstein hybrid of two entirely different styles: 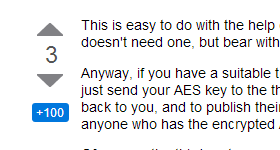 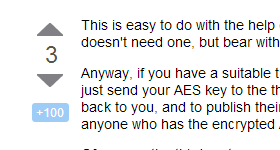 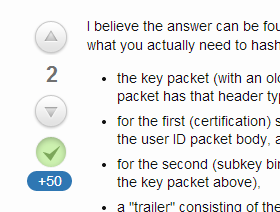 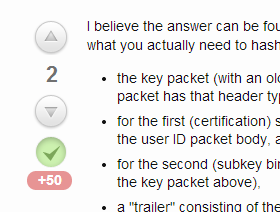 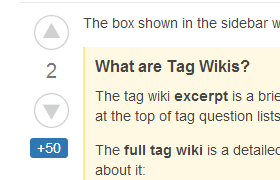 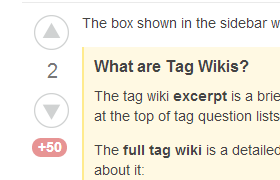 Frankly, I suspect that whoever designed these stylesheets simply started from the beta styles and tweaked them to look more like SO, but forgot to modify or test the unawarded bounty appearance.

Ps. Looks like the CSS fix included in the Stack Overflow Unofficial Patch user script for this related design issue also fixes this bug as a side effect.

1228
Encouraging people to explain downvotes
856
Can we have the ability to retract a close vote before it closes?
248
Please show us when we lose an accepted answer
995
Show all of my question/answers to me even if they are deleted
604
How does the bounty system work?
420
Decision on rejected edits should be displayed as a notification to the editor
150
Explicit "do not award bounty" button
720
Dear Stack Exchange: a statement and a letter from your moderators
310
Please revert the line-height change!