Deletion via Low Quality review should be recorded in Data Explorer

When an answer is deleted from Low Quality Review by under-20K users, this is recorded as "Post Deleted from Review" in the revision history.

However, there is no record of this event in the Data Explorer. For example, this post was deleted from review, then undeleted and brought into shape (so far so good). But

I don't know if entering a pseudo-vote in the Votes table is really needed, but having a record of the deletion in Post History would make perfect sense. As is, it shows undeletion without prior deletion.

Since this question was asked it is now better possible to find those posts because we got the ReviewTasks and ReviewTasksResult at our disposal. There still might be some false positives so keep that mind.

The query finds the ReviewTasks for the LQP queue with ReviewTaskType =3. We then join with ReviewTaskResults so we can count the number of Delete and Recommend Deletion reviews. By joining with Votes we can determine if the score of the post at the date of the review completion was positive (as that prevents deletion from review).

Background on the logic found in Let's get rid of the 10K flag queue and Testing, testing... Let's test the low quality review queue for science! (thanks to Sonic for digging up those references)

Keep in mind this will only show posts that were later undeleted because the ReviewTasks table is sanitized for deleted posts.

When run today you'll get this result: 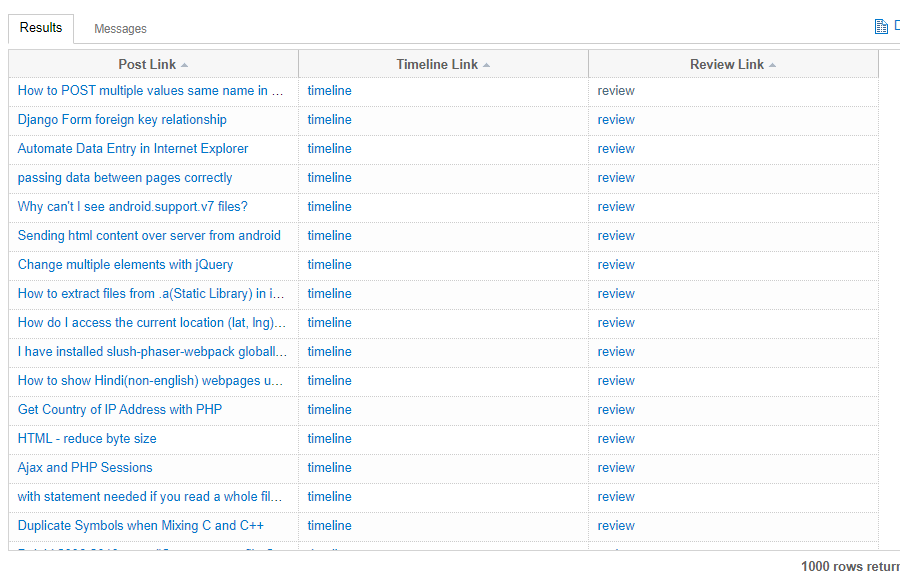 The first result is for example this post timeline.

Keep in mind that SEDE is only updated once a week on Sunday.
Give a big shoutout to Monica Cellio for her awesome tutorial
Hop into the SEDE Chatroom and say "Hi!".

127
Let's get rid of the 10K flag queue
18
What can cause an answer to get deleted without information about who actually deleted it?
13
Add "delete" event when post is deleted via the low quality review process

1238
Don't throw away all votes when a user is deleted
185
What are the guidelines for reviewing?
413
Add an "I don't understand" option for review audits
127
Let's get rid of the 10K flag queue
77
Answers deleted via Recommend Deletion votes in review should not be undeletable by the answerer
15
Can I undelete an answer myself if it was deleted via Recommend deletion votes from review?
225
Improved experience for users with review suspensions
236
Review queue workflows - Final release