We on Anime&Manga like images in chat, but we also like to still see relevant content in the starred chat message list. We just installed a chat bot that posts anime pictures from time to time and now our sidebar often looks like this: 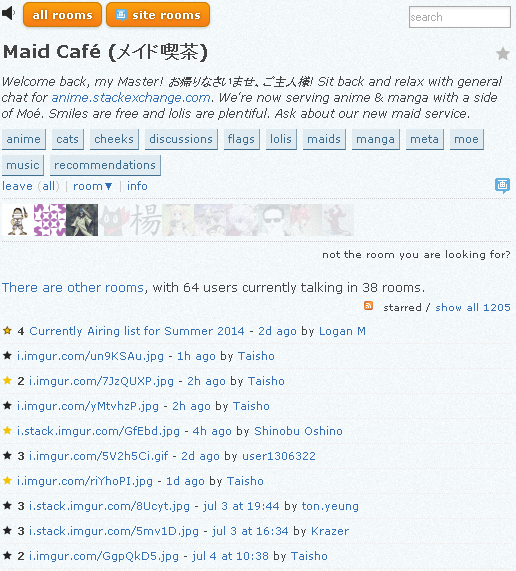 I know, it's not cool to star trivial messages, but we can't do anything with our love for sweet girls. Which is why it would be for the best not to show oneboxed image links in the main starred message list, but instead move them to a separate mini-list made specifically for such messages (starred message list taken from DMZ chatroom): 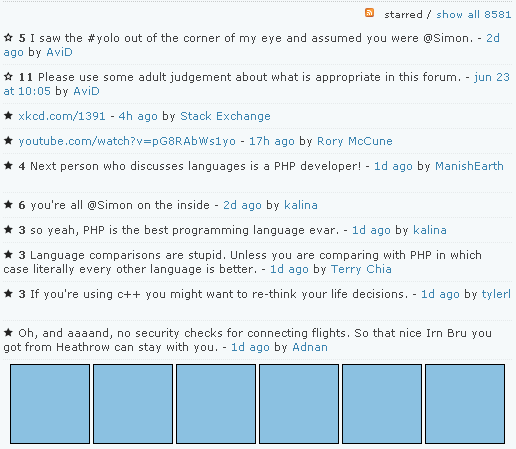 Proposition: make a separate list of starred onebox images under the starred text message list, with thumbnails instead of just text links. Maybe even several rows. It should look something like this:

Other chat rooms will probably also love this feature.

Update from 2020-07-02: Increase the image size from 100px to 160px (native imgur image size) by adding this userstyle to your browser's favorite addon (I use Stylus for example):

Not the answer you're looking for? Browse other questions tagged feature-request chat images onebox chat-stars .

91
I'm seeing stars! (I can see who starred a message and so can you)
14
Allow image description text in chat, so that starred images have meaningful text description