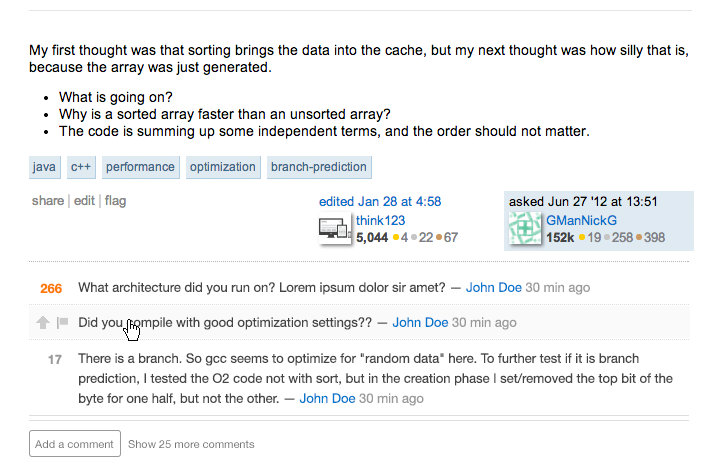 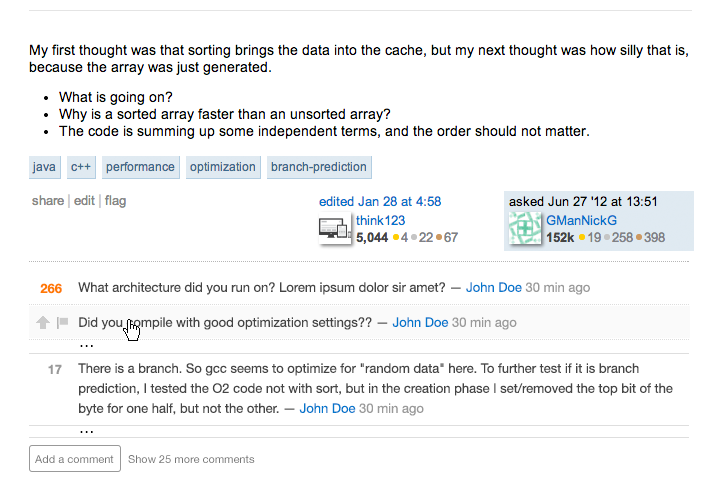 790
Recent feature changes to Stack Exchange
78
Help us figure out a way to handle the explosion of comments on Stack Overflow
112
Keyboard shortcuts, phase one
171
Can we get an indication comments are hidden between the comments?
107
Mobile web refresher
4
What is the order of comments for each post in all StackExchange communities?

616
Formatting Sandbox
171
Can we get an indication comments are hidden between the comments?
2784
A Terms of Service update restricting companies that scrape your profile information without your permission
827
Net Neutrality and Stack Overflow / Stack Exchange
2482
Firing mods and forced relicensing: is Stack Exchange still interested in cooperating with the community?
580
We're switching to CommonMark
744
New Feature: Table Support