No, I am not looking for a job (but thank you for asking!)

Currently, I am not looking for a job (nor will I be in the near future), but the job posting is the most prominent, boldly colored thing on the page.

It is not generally desirable to have the most prominent object on a page also be the most irrelevant.

I would like to request the addition of a "hide" button to the job posting pane, that reduces the pane to unobtrusive transparent-background light-colored text (clicking on it could re-expand the pane, if I ever find myself unemployed in the future).

The hidden / visible state should at minimum be persistent across uses on the same browser (e.g. a cookie).

Here is the orange version: 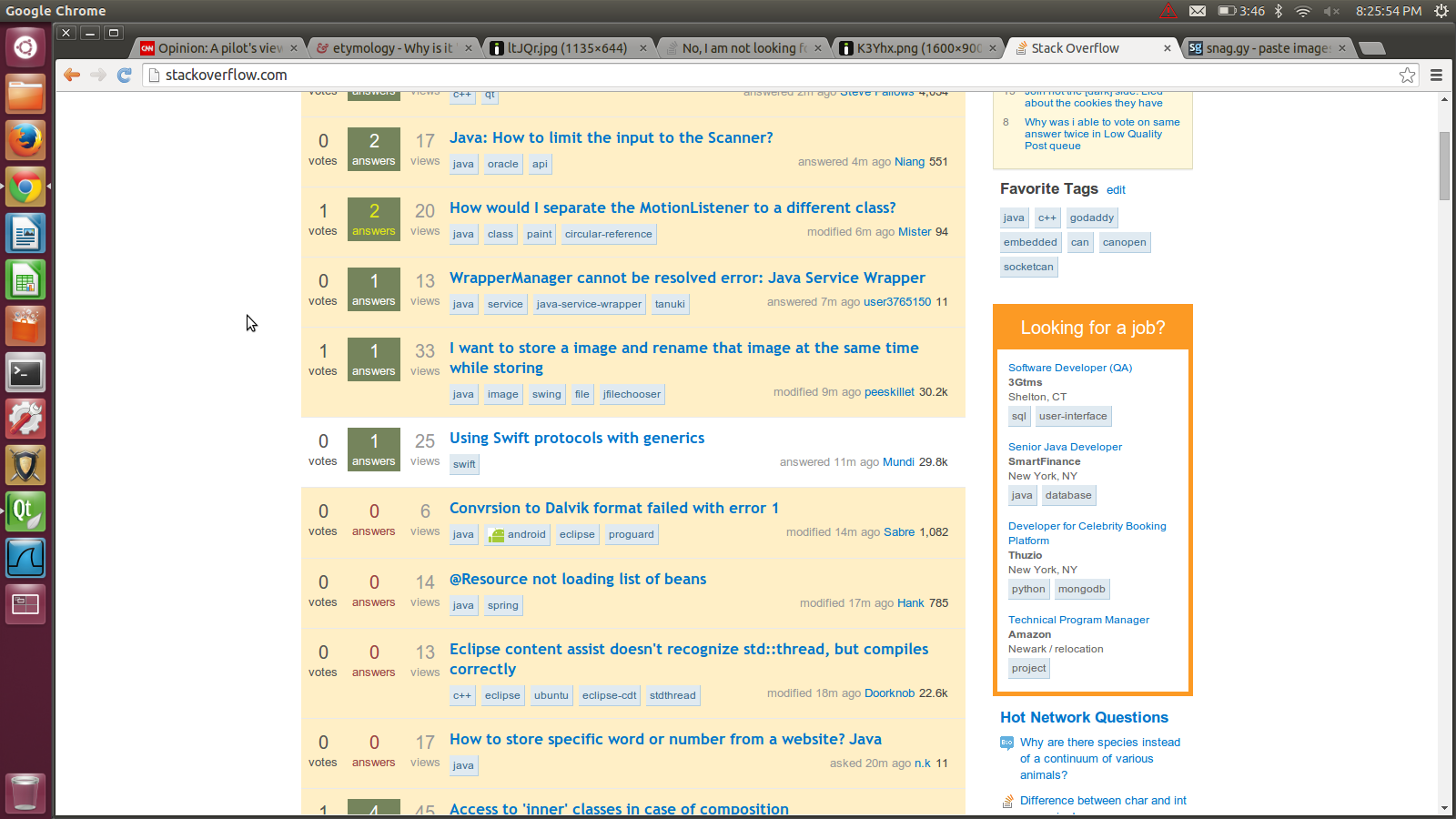 Personally, I've upvoted the other answers, but if these ads really bug you, install Adblock and block the following URL: 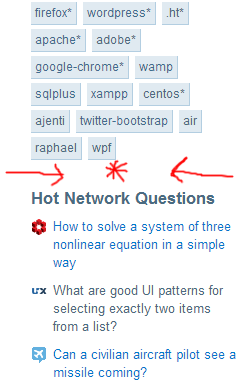 Yes, the ads are revenue generating for us. They advertise the listings on Careers. As far as I know there's no plans to allow users to hide the ad.

We've A/B tested lots of ads lately and that one by far, out performed everything we've tested. (I think there's also a blue one out there that does really well).

In the end, this is why we have meta. If everyone really, really hates the ads that much, let the votes decide!

I'm highly against this feature request, because having the job pane always on display allows users to see new and interesting job listings while they're at work, without fear of being caught by someone looking over their shoulder.

In a typical week, when I'm viewing Stack Overflow, it's going to be while I'm at my job. I'm not going to spend a lot of my time outside of work on the site (usually). So the best opportunity for me to see job listings is while I'm at work.

I also want to point out that it could potentially be better for Stack Exchange if users were able to see new and interesting job listings while at work. What better time to show users new jobs than while they're unhappily slaving away at their current ones?

Being forced to see those job listings while at work is a godsend. It gives people hope that maybe, just maybe, their lives don't have to be so miserable at their current jobs.

Here's what worked for me, on Firefox using AdblockPlus 2.6.7

I found two exception rules, and I unchecked them

In AdblockPlus, if a filter rule starts with @@, then it is an exception rule, that lets ads through rather than blocking them. So, you want to find those exceptions, and disable them. That will allow AdblockPlus to block the "Looking for a Job?" ad.

Recently, the Careers sidebar reappeared. I added this adblocking rule to zap it once again.

Not the answer you're looking for? Browse other questions tagged feature-request careers advertising .

9
I am getting ads for irrelevant jobs from careers 2.0 on right panel of Stack Overflow