Can we get some statistics on that please? I am particularly interested in numbers for last month, 2, 3 and 4 months, preferably broken down by "source" sites.

Not directly related, but while we're at it, I would appreciate to additionally see similar statistics of migrations to Stack Overflow that were rejected because of cross-posting.

Ok, here are the numbers for the past 120 days of migrations. Extracting the intended destination site from the logs is enough of a pain that I didn't bother, but this is broken down by would-be source site:

And finally, here's a fairly useless graph of q-ban-rejected-migrations-by-month for Progse, over the past 12 months: 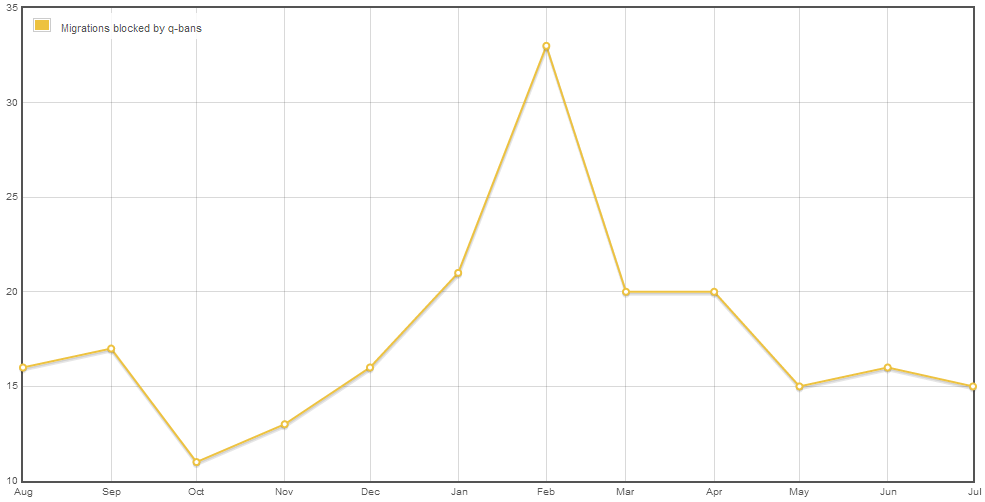 All that said, this is a really imprecise way of gauging how many folks are asking questions on Progse because they got q-banned on SO. Here are some better numbers:

Those 442 users asked 613 questions on Progse during this time period, and out of those questions:

For comparison, 5038 questions were asked on Progse during the past 120 days by folks who didn't have q-banned accounts on SO, and out of those:

Here's a slightly less useless graph to go with all that: 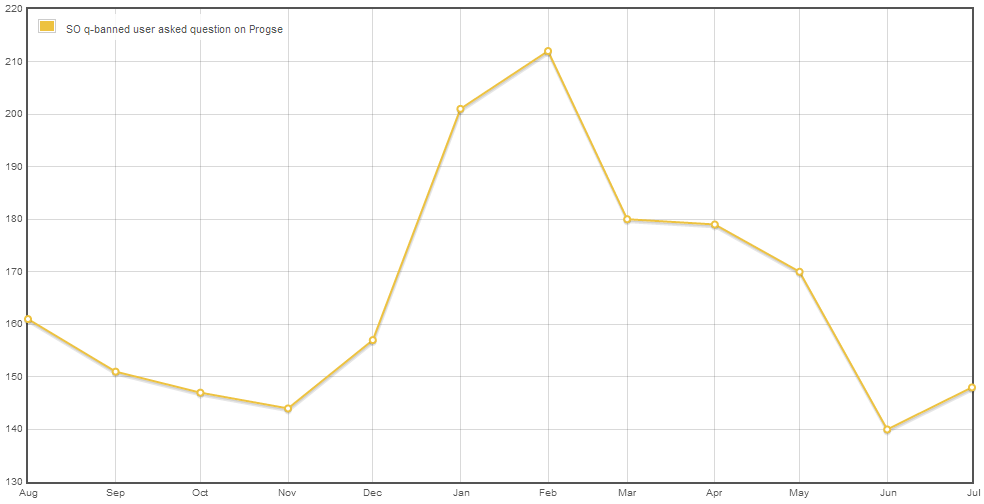 Tim's been working on a design for enhancing our our recidivism system to discourage this and other sorts of unproductive behavior.

Not the answer you're looking for? Browse other questions tagged support post-ban statistics migration-rejection .

45
Annotate user accounts network-wide when they get rate-limited or banned
261
How can I insert my Stack Overflow rating into LinkedIn?
40
Fix the counterproductiveness of migration rejections by eliminating them
45
Don't mark migrations as "rejected" if they were closed long after migration
155
Spam Profiles are getting my goat. Could we have better tools for mods to deal with profile spam?
58
2018: a year in spam
17
Inform moderators migrating a question if the migration would have been normally blocked