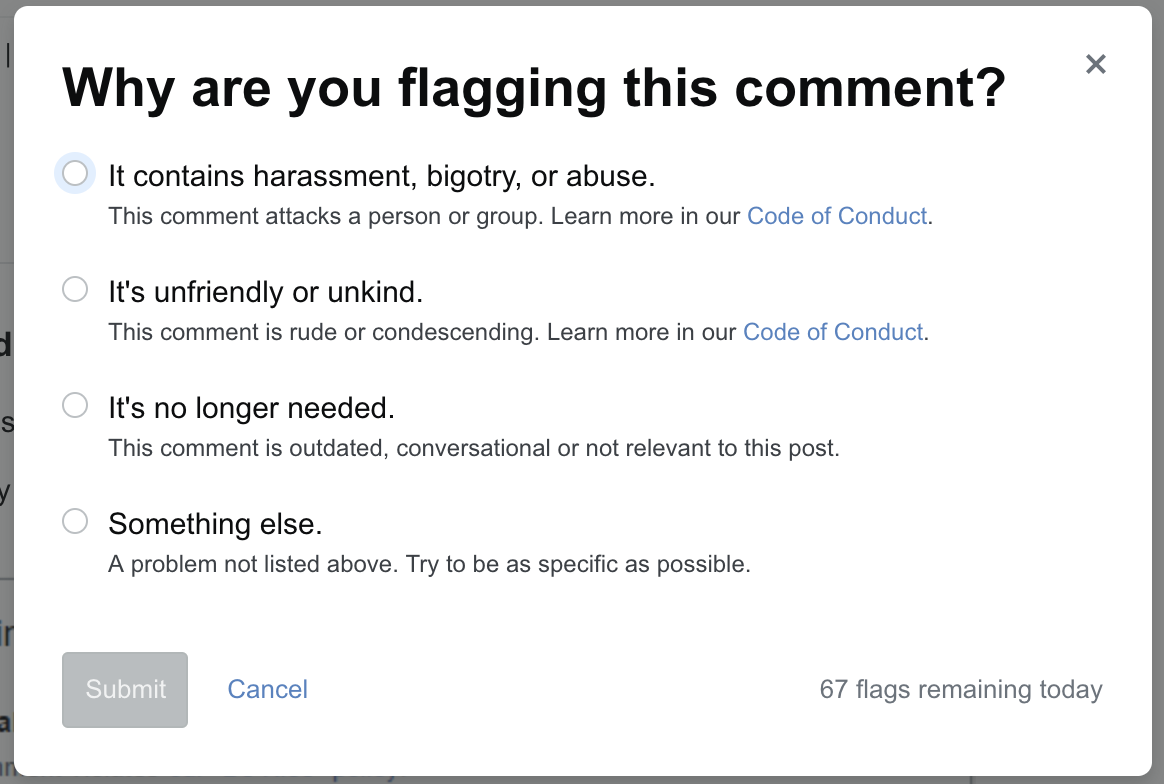 -8
Delete half of a comment
-12
What can I do if some moderators delete my comments improperly?
1
Is it wise or just sugar-coating to remove the comments?
0
Deleted comments break a conversation
307
What are the “spam” and “rude or abusive” (offensive) flags, and how do they work?
192
Provide a tool for moderators to migrate comments to chat
177
How does comment voting and flagging work?
51
Change "comment" to "critique or request clarification"
48
Let's experiment with town-hall-style chat events
114
What is a "locked" post?
See more linked questions

1229
Encouraging people to explain downvotes
631
Formatting Sandbox
930
Why aren't people voting for questions?
1853
Could we please be a bit nicer to new users?
732
Your answer is in another castle: when is an answer not an answer?
2798
A Terms of Service update restricting companies that scrape your profile information without your permission
265
Let's hold language in comments to the same standard as posts
2521
Firing mods and forced relicensing: is Stack Exchange still interested in cooperating with the community?
721
Dear Stack Exchange: a statement and a letter from your moderators
2286
Stack Overflow is doing me ongoing harm; it's time to fix it!