I've been testing out the Stack Exchange android app today and I must say I love it, however most of the questions that say they are 'active' are two years old, there are some exceptions, like one that says its an hour old but is actually 5 hours old.

This caused me to answer a two year old question by mistake.

Is this a known issue? I was unable to locate a bug tracker or any posts regarding this on Google.

So, here is an example. This question was asked in 2012, most recenty activity was in 2013, however it shows up as being active 37 minutes ago: 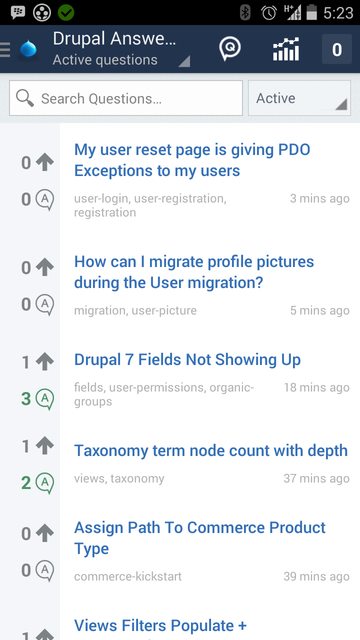 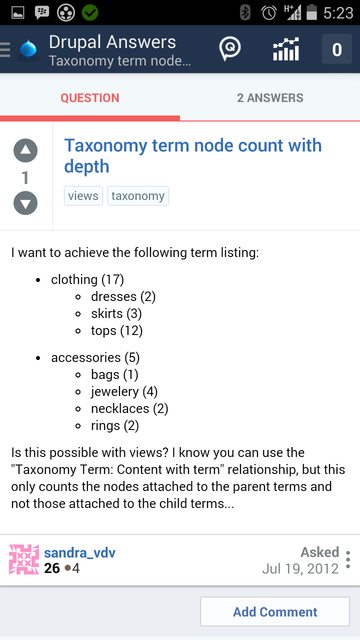 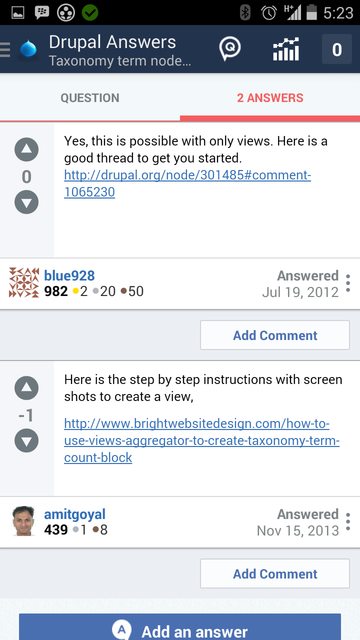 I'm willing to accept that the answer is possibly edits, however that still doesn't seem logically plausible given that:

Indeed this seems to be a site specific bug, in fact the issue shows on the same question on PC: Taxonomy term node count with depth

I'm editing the tags and removing the app as a fault, because it seems it's just the site itself. Examining the post, I do not see edits or any other activity that should make it active 'Today' - Anyone else see anything that could explain this? Or why so many old posts are suddenly 'active' today with no evident activity?

This is the one I accidentally answered, but other than my answer, no other activity is evident:

Drupal 7 Fields Not Showing Up

Those posts were bumped by Community♦ for reasons:

The Community user will bump non-negatively scored questions that have at least one answer scoring 0 and none scoring more than that.

FAQ: What can cause a question to be bumped?

However, since the app doesn't show who modifies the post on the question list, it looked like there're activities by human users, when in fact it's an exceptional case of "Community bump".

102
What can cause a question to be bumped?
21
Community ♦ should discriminate more when bumping unanswered questions
29
Community ♦ seems to be bumping new questions more frequently than usual