I found this weird word, "burke", and decided to check it out. It turned out it was an alternative spelling of "berk". This is what define: berk in chat expanded to:

That got me really curious so I checked the wiktionary page directly. It shows three meanings for "berk": the same as meaning #1 that was oneboxed, plus two others that are not at all simply stated as "berk".

Further down from there we can find the other three "berks". Number three, for instance, is easy to trace since "indefinite plural berkë" seems quite greppable. And it turns out that it's Albanian. 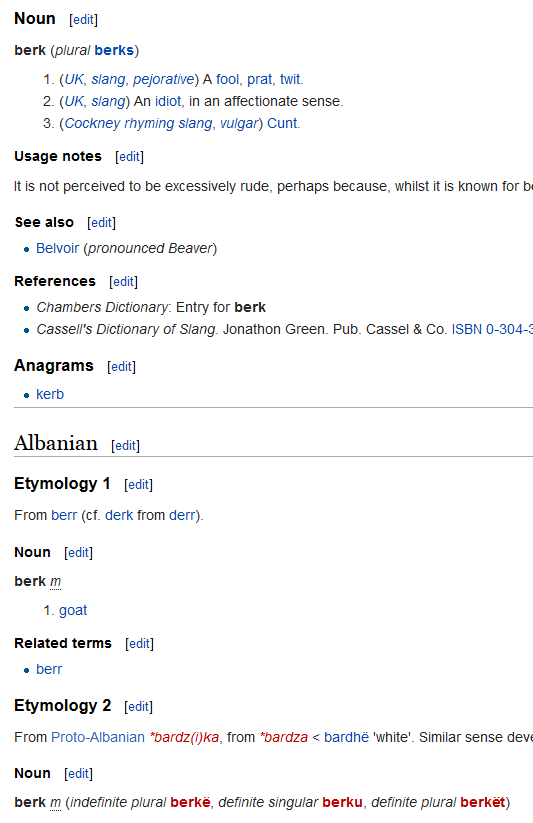 8
Wiktionary oneboxing badly
3
“define:” oneboxing is still not quite ok