Quality standards are not met [duplicate]

Ask Question
Asked 5 years, 9 months ago
Active 3 years, 6 months ago
Viewed 397 times
2
This question already has an answer here:
What can I do when getting “This question body does not meet our quality standards”? (1 answer)
Closed 5 years ago.

I have written a question that did not meet the standards (see below).

I noticed that just by adding uppercase correctly, it meets the standards. 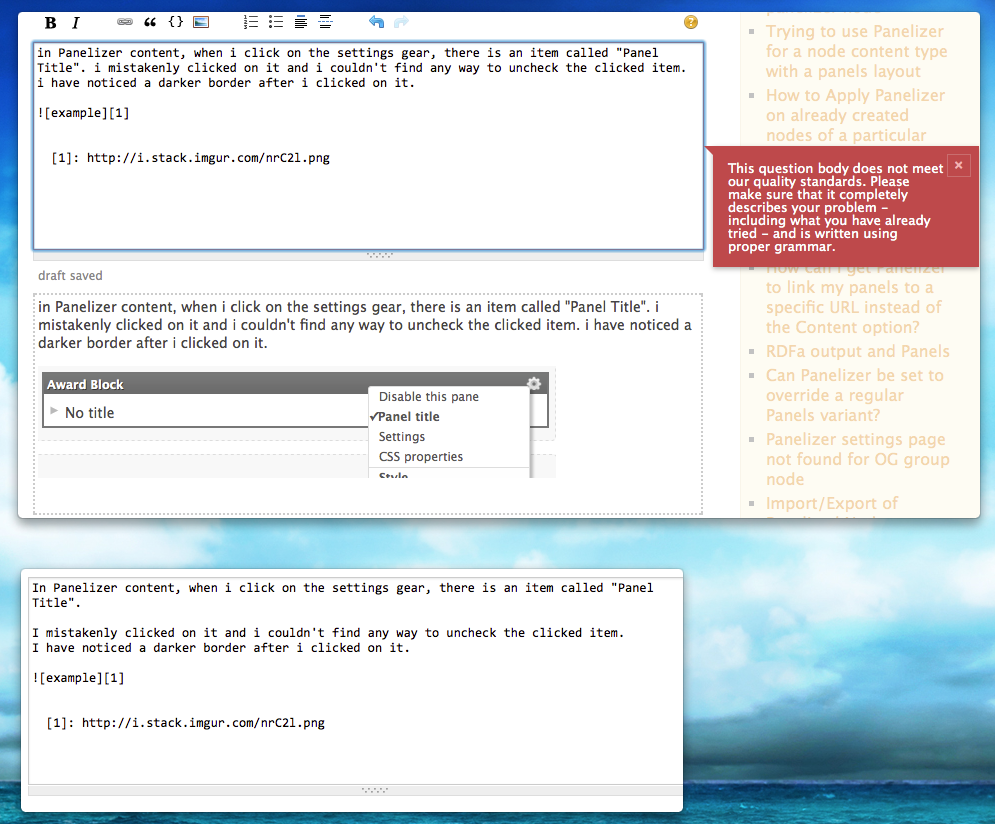 ...and is written using proper grammar.

Something in the code probably checks for capitalization; you have multiple lowercase is and the first letters of your sentences are not capitalized.

While someone would probably edit your post to fix those things after you submit the question, it's best to fix it before you even put it in front of others' eyes so that people pay attention to the question itself rather than the way it's written.

The question includes an image and three fairly short sentences, which is a red flag when it comes to question quality because it may mean that you haven't entirely described your problem and are using an image as a substitute for explanation.

203
What can I do when getting “This question body does not meet our quality standards”?