I hit my rep cap at 18:01, but my profile isn't showing the new votes. I can see on my mobile that I have had 5 upvotes since then, but only one is showing on my desktop. 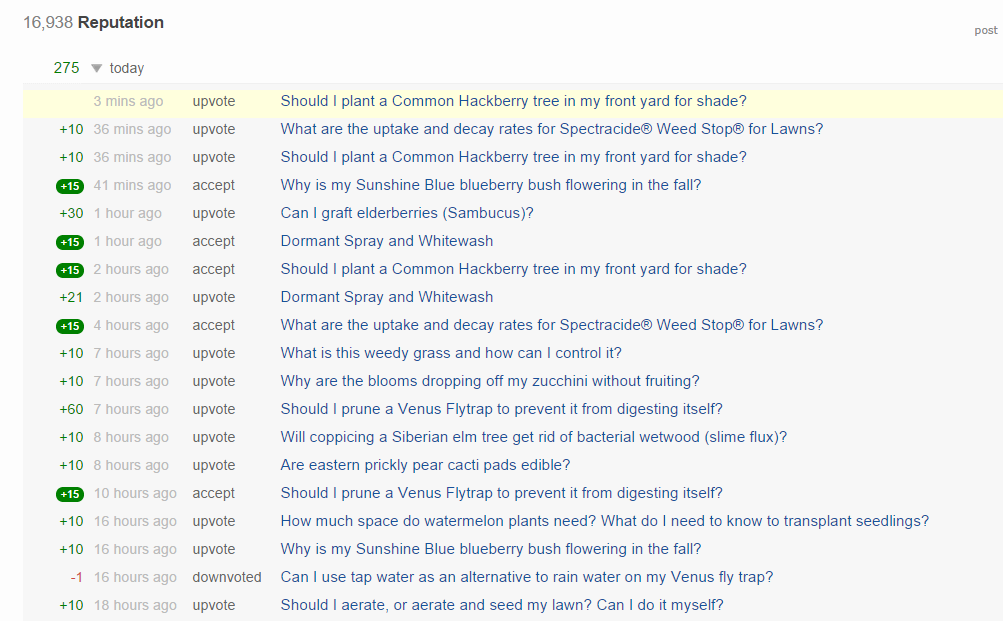 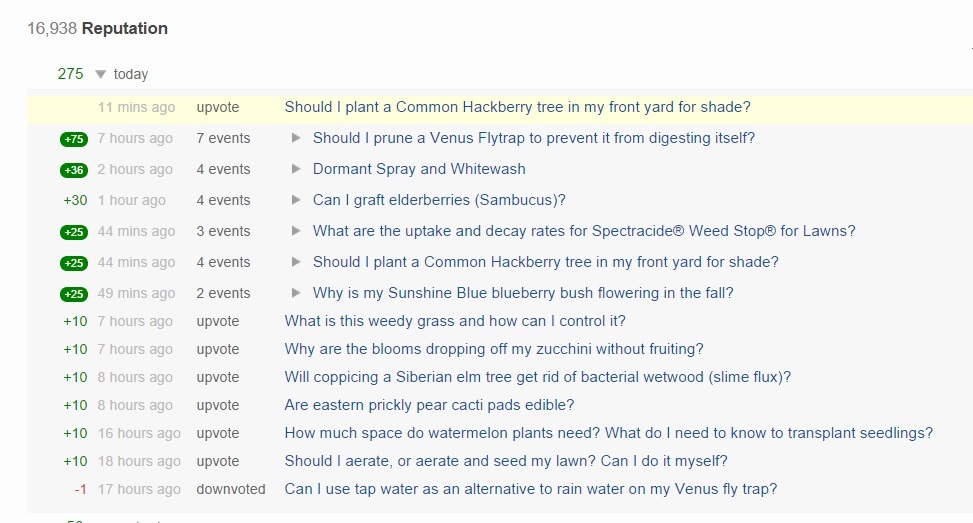 And the posts listed have more votes on them than show on the list. this one is one of them. Sorted by time, you only see three votes on it, and it actually has 4.

Now I've refreshed the page on my mobile, and the last vote is not shown.

There is no bug here. The mobile and desktop views differ in how they display votes, that is all.

In the by time view the order in which the grouped votes appear is by most-recent vote timestamp; if you received votes for a post at midnight and at noon, the noon vote determines the sort order.

On mobile, all votes are shown in the order they arrived, newest first, and no 'new' highlighting is applied.

Not the answer you're looking for? Browse other questions tagged bug reputation-history .