Trackbacks from SE to the arXiv.org?

Is it possible to implement trackbacks from SE sites to the arXiv.org? 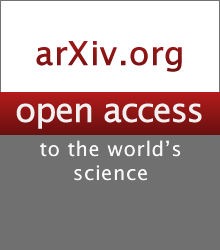 arXiv.org is nowadays the leading archive for scientific preprints. It is used by a majority of scientists in physics, mathematics, and other sciences. See e.g. this Stat.SE post. Scientists typically upload their preprints to the arXiv.org before submitting to journals in order to get their works exposed, and to receive fast feed-back.

Several SE science sites, such as, e.g., Math.SE, Phys.SE, and a handful of other SE sister sites, would benefit enormously (not least in terms of PR value) from trackbacks to the arXiv.

In this way SE would become visible to many scientists, experts, academics and scholars, with knowledge to share, who potentially could become new high-value users for the SE science sites.

Mathoverflow.SE already has trackbacks implemented (mainly thanks to Scott Morrison). Can this be widen to other SE sites as well, in particular SE science sites?

This really should be implemented: it is good for the sites, it is good netizenship, people want this, and an implementation already exists. As far as I can tell - from any publicly available information - all that's needed is (in essence) for SE to flip a switch.

Just to sum up some responses, questions, and their resolution

Some other points and concerns:

This feature request has been around for three years and the implementation already exists, and yet the only Stack Exchange response has been a vague "yeah, that's definitely a good idea" and no motion afterwards. So, if this is not going to get implemented, would the team care to comment on why it's actually very very very hard, or actually a very very very bad idea?

The bounty asks (taking things a bit out of order)

Can the SE team comment on the status of the roll-out to other SE sites?

If this is status-declined, can we have an official statement and some thoughts as to the reason?

First off, the good (or less bad) news: this isn't declined. As Tim said a while back, we do like this idea.

If this is status-six-to-eight-months, wasn't the sixteen-month timeline a good time for this?

The problem here really has nothing to do with the specific idea at all. It's the usual story: too many good ideas, not enough time to implement them all. And even if there weren't other feature requests and bugs to compete with, larger projects have been taking up a lot of the company's collective time for a while now, and probably will continue to do so for a while longer.

There are already working implementations of this.

This helps, from a proof of concept perspective, but—with all due respect to Scott's work—it's not just something we can copy-paste. This is a request for official SE implementation of a feature, which means a fair amount of our dev time needs to go into evaluation, design, construction, review, the whole deal. Not to speak too much for the dev team, but I have to think they would want to build hooks into the actual system, for example, rather than using an independent scraping script.

So, for the moment, the best I can offer you is continued limbo. We're not declining it because it's not a bad idea. It's not planned because there's a lot going on (as always) so we don't know when we can find the bandwidth. It's just... a good idea that the time isn't quite right for.

Reviving this post, as it is a highly desirable feature that could obviously attract new visitors and active community members for several SE communities, as is mentioned in one of the answers to this post.

To the aforementioned list, I would add Computational Science SE.

Such feature as arXiv trackback could be a big driver for our community development.

I agree with this idea wholeheartedly.

I want to add two thoughts.

Not the answer you're looking for? Browse other questions tagged feature-request hyperlinks marketing publicity .

35
Keeping links to the closed sites
25
Can we add chat oneboxing support for arXiv preprints?

550
How about a "Vote not to close" option to counter the "Vote to close"?
852
Can we have the ability to retract a close vote before it closes?
863
Allow an edit to notify downvoters: "I think I've fixed the issue now - please check"
263
Shortcut or button for copying posted code from Stack Overflow
190
Allow us to vote to delete from the Android app
307
Moderators should be able to manually ban users from suggesting edits
544
How to avoid "Hot Network Questions" on the sidebar
143
Allow retracting flags from the API
527
We need "assume good intent" back in the Code of Conduct