Android App doesn't notice when I've signed up to a site

On Friday, I joined the Anime & Manga beta site on a PC in order to ask a question about Trigun. The Stack Exchange app was open on my phone already at this point, and I did not exit it.

Later on, I got a notification on my phone about having received an answer. It was a good one! When I tried to upvote the answer using the Android app, though, I wasn't allowed to: it said I hadn't joined the site, apparently not having caught up with the fact I had done so a couple of hours beforehand.

I apologise for the low battery indicator in these screenshots. :) I plugged it in to charge minutes later, I promise! 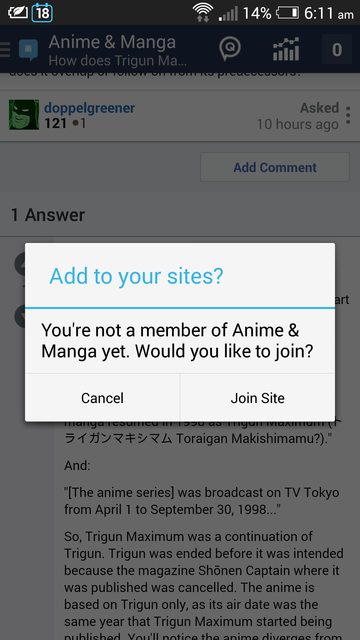 When I said I wanted to join, though, I couldn't, unsurprisingly, on account of already having done so: 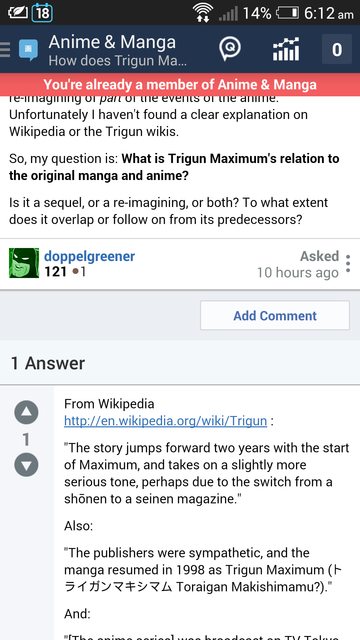 I closed the app entirely and reopened it, and then the app was happy that I was a member of Anime & Manga. But it wasn't updated whilst the app was running.

The app should probably get informed of this. (Though this may be low priority due to not occurring all that often.)

This is fixed as of any version greater than 1.0.81, sorry it took so long!

Not the answer you're looking for? Browse other questions tagged bug status-completed android-app registration .