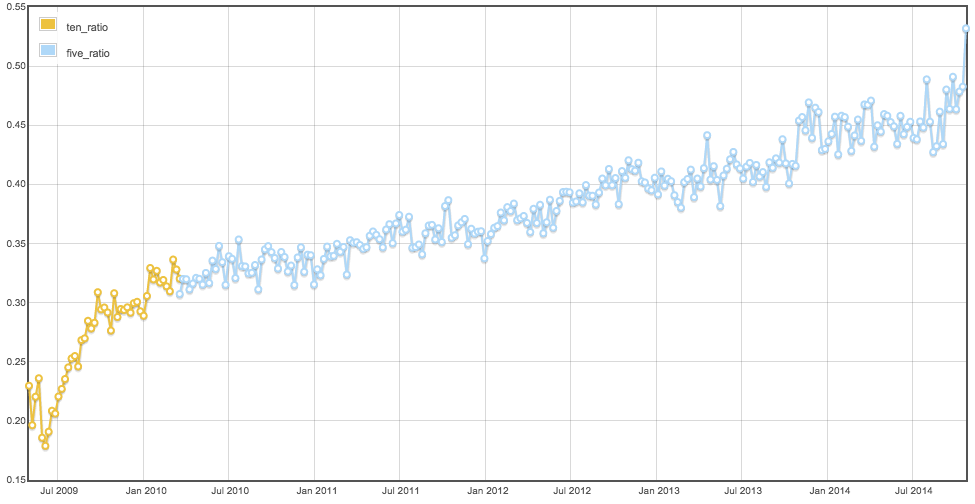 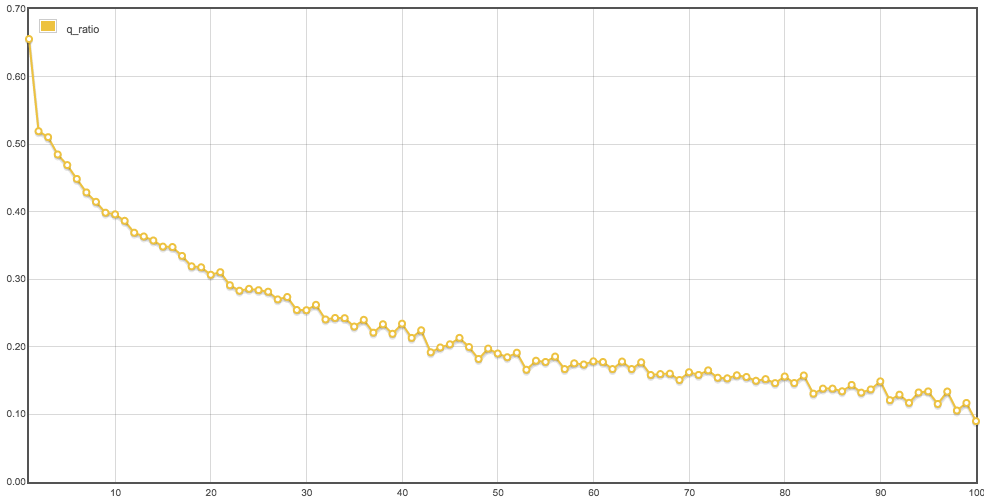 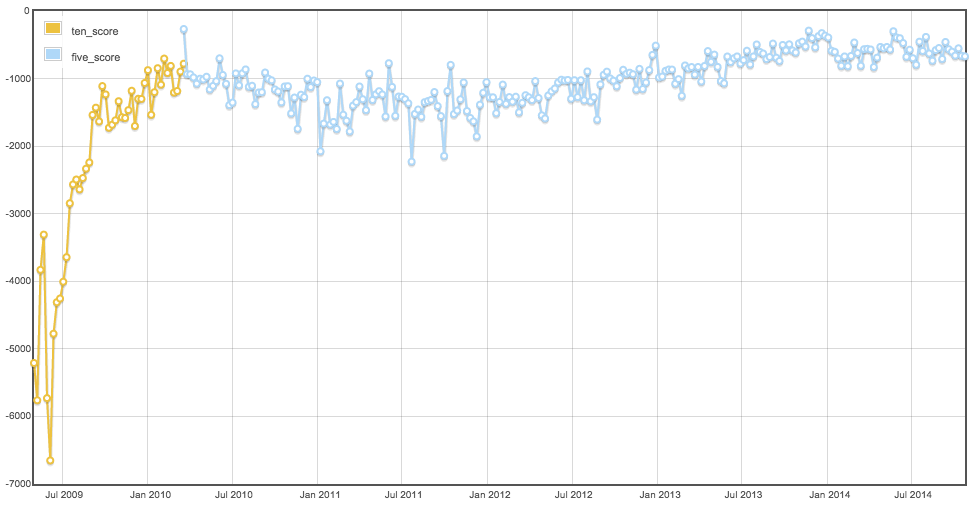 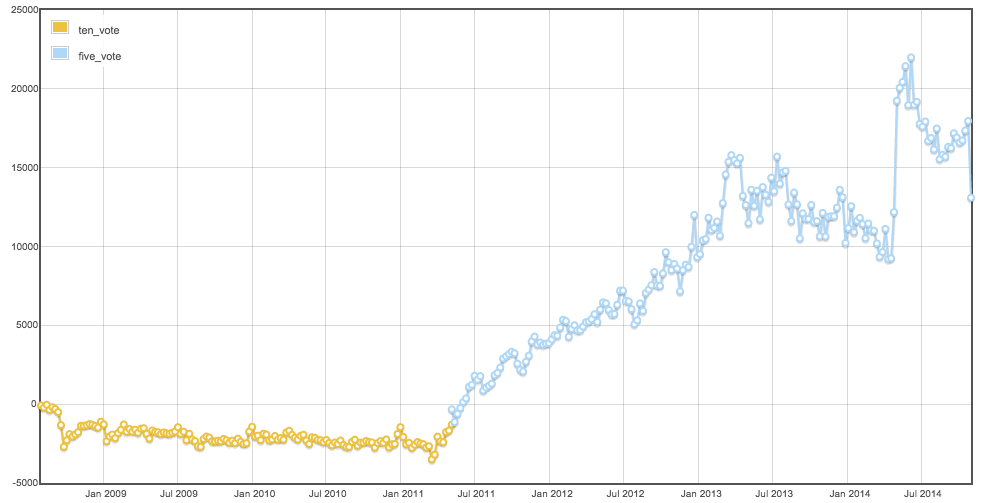 -9
Should reputation for questions vs answers depend on site?
92
Should the weight of question upvotes be increased network-wide?
78
Should the weight of question upvotes be reduced?
143
Turbocharging the Roomba: solutions for premature deletion
79
How do weekly topic challenges work?
45
New reputation changes. Is applying it retroactively fair?
111
Bounty-like facility for rewarding excellent questions
60
Why wasn't reputation loss on downvoted questions doubled as well?
43
Today's change has retroactively changed the meaning of our past votes. Should we be able to change them?
10
Should we add more badges for asking questions?
See more linked questions

578
How does "Reputation" work?
304
The future of meta.stackoverflow and meta.stackexchange
841
What does "user was removed" mean and why did my reputation change because of it?
383
Updating the Hot Network Questions List - now with a bit more network and a little less "hotness"!
364
Let's take a look at the interaction between staff and the "power users" of the network
496
Congratulations to our 29 oldest beta sites - They're now no longer beta!
2521
Firing mods and forced relicensing: is Stack Exchange still interested in cooperating with the community?
2284
Stack Overflow is doing me ongoing harm; it's time to fix it!